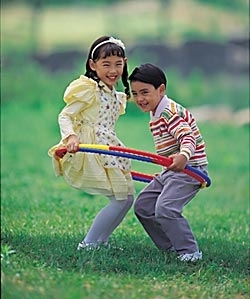 The cost of keeping the kids amused this summer is going up: A new study from American Express finds that parents are spending $958 per child this school vacation, up 12% from last year, and up 59% from 2012.

Day trips remain the most popular activity for families, with 77% of those with kids under 18 planning at least one such outing, an 8% increase from last year. (They intend to spend an average of $292 on these adventures.) And 48% have kids participating on sports teams, a 9% increase. (That costs an average of $187.)

The Boys & Girls Clubs of America are hoping to be part of that summer fun, and provide plenty of action with its “Million Minutes in Motion.” The mobile tour, which combines hula-hoops, sack races, jump ropes and obstacle courses, is heading to 20 cities around the country, with a goal of logging one million minutes of exercise with kids this summer. Corporate partners include Coca-Cola and WellPoint Foundation.

Separately, the organization says it will partner with Mattel for a new toy and game program called “Share the Play.” For every online order placed at its online toy stores, Mattel plans to donate a toy to BGCA, distributing a minimum of 200,000 and up to 250,000 toys to the organization’s 4,100 Clubs, through the remainder of the year. Since last year, Mattel has donated more than $1 million to BGCA.