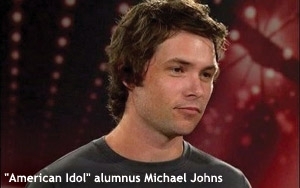 The sudden death of Michael Johns, one of the more memorable contestants from Season 7 of Fox’s “American Idol,” has shocked long-time fans of the franchise and reminded us all that life can be brief and death is often random. Johns was only 35. His passing is a terrible loss to his family, friends and anyone who enjoyed his music.

This disturbing news has me thinking about what “Idol” used to be, what it has meant to contestants over the years who have landed in its coveted top ten, and why singing competitions today don’t seem to carry nearly as much weight in our culture as they did seven short years ago, when Johns was on “Idol.”

In the juggernaut years of “American Idol” -- which I would argue were Seasons 1-8, when nothing on television came close to it in terms of power and influence and when it was the envy of every programmer at every other network -- its yearly Top 10 contestants collectively commanded a larger audience than any other performers in series television. Johns, the first “Idol” alumnus to pass away, was part of that phenomenon. So were several dozen other talented young people, several of which -- Kelly Clarkson, Carrie Underwood and Jennifer Hudson being the obvious examples -- are among today’s entertainment superstars. Remove the “super” from “superstars” and the list grows considerably longer. Former “Idol” contestants have been and continue to be everywhere, especially in the recording studios of Nashville and on the stages of Broadway.

Seasons 1-8 were exciting times -- not only for those contestants, or for Fox, but for television viewers, as well. And while there is still an element of excitement in watching the current top singing competition shows it sure ain’t what it used to be.

Virtually everyone agrees that the sudden apathy that seems to be creeping over the eroding audiences for “American Idol,” “The Voice” and ABC’s brand-new summer entry “Rising Star” can be blamed on overkill. That would certainly seem to be the case, given that “Idol” is gearing up for its 14th season, that NBC feels the need to run full cycles of “The Voice” twice a year, and that Fox’s mercifully cancelled “The X Factor” proved to be one powerhouse singing competition too many, accomplishing nothing more than adding to the general sense of fatigue that has clouded the genre.

Johns was part of the “Idol” wave when it was still magic. That magic ended after the finale of the following season, when the wrong person (Kris Allen) won. (Adam Lambert has since proven that he should have been the winner, but it may be that he has enjoyed the career he has had in part because he did not become an official American Idol, which has never been a guarantee of anything.)

I think the beginning of the end, as it were, in 2009 (the Lambert-Allen year) may also have something to do with the explosion in digital media that came with the arrival of this current decade. Throughout the strongest years of “Idol” most viewers were still using flip-phones. Winners were still based on phone-call totals only (including calls from -- gulp -- landlines). If a viewer wanted someone to win, he or she called as often as possible to cast votes. The playing field still felt somewhat level.

Now, “Idol” and other competition shows favor people who are heavy-duty social media users over the rest of the audience, clumsily making Facebook and Twitter users a part of the action and basically telling everyone else (including people on social media who aren’t heavy-duty users) that they are somehow of less value to the franchise. This is another column for another time.

The point is that “Idol” and other shows like it are now full-blown media circuses. The very personal emotional connection that “Idol” established on a seemingly singular basis with its viewers during its first eight years is a thing of the past. It was so simple and so intense. No wonder it was a sensation. Johns was one of the fortunate few to enjoy it at its best. Perhaps that’s one reason why his death has so many of us feeling a sense of loss.

awards show, music, tv
1 comment about "The Passing Of An 'American Idol' Favorite Evokes Fond Memories Of A Fading Franchise".
Check to receive email when comments are posted.
Next story loading