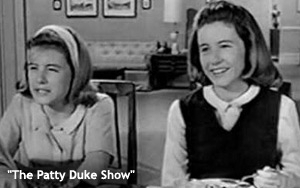 Remember when a letter to the editor in your local paper actually carried weight and often brought about a significant response? If you’re under 30, probably not; that’s what’s happened to the power of newspapers these last 20 years or so.

Once upon a time, before social media expanded communication to such a degree that it is now diluted on the local level, a well-written, smartly reasoned letter to the editor with a well-argued point of view could bring about changes in local policies, politics and practices of every stripe. That’s because everybody read the local paper every day, or knew someone who did, regardless of age, occupation or social or financial status. Entire communities were brought together daily in one place by one or two affordable publications. Competition for space on the letters page was intense. Unlike social media today, there was no place for knee-jerk responses to anything in that valuable real estate. One had to think for a while before one communicated.

All of this came to mind while watching “Cathy, the Rebel,” an episode of the classic ‘60s sitcom “The Patty Duke Show” recently telecast on Antenna TV. If you are unfamiliar with the show, it starred Patty Duke in dual roles as identical twin cousins Patty and Cathy Lane. Cathy lived with her Uncle Martin (William Schallert), Aunt Natalie (Jean Byron) and cousins Patty and Ross (Paul O’Keefe) in their finely appointed Brooklyn Heights brownstone. (Interestingly, Cathy’s father Kenneth Lane was also played by William Schallert. Like Cathy and Patty, Martin and Kenneth were also identical twins. Kenneth, also a newspaper man, was a roving foreign correspondent, hence the decision to have Cathy reside with Martin and his family and experience the life of a more typical teenager.)

Cathy was a refined young lady who had lived “most everywhere, from Zanzibar to Barclay Square,” as viewers were reminded every week in the show’s theme song, while typical teen Patty had “only seen the sights a girl can see from Brooklyn Heights.” The series is remembered for the comic situations that often resulted from people confusing Patty and Cathy. But much of the humor was grounded in what might now be referred to as the “teenage experience” on the ‘60s.

In “Cathy, the Rebel” Martin -- managing editor of The New York Daily Chronicle -- had written an editorial blasting a group of students at a nearby university who had run wild and toppled a statue. He called them out as “juvenile delinquents.”

Outspoken Patty blithely dismissed the whole thing as an innocent case of “spring fever.” But quiet, demure intellectual Cathy, unaware that her beloved uncle had authored the editorial, wrote a letter to the editor in response to it, referring to the writer as having “the mentality of a dinosaur.” She signed the letter “Rebel.” (If memory serves, individuals who wrote letters to my local paper, The Bridgeport Post, were required to have their names appear in print.)

The response from the community that followed the printing of Cathy’s letter was not unusual for its time. Dozens of kids wrote to the paper in support of “Rebel.” Martin’s boss was so overwhelmed by the volume of letters that he demanded Martin figure out a way to respond to the situation. The heat was on.

Meanwhile, the gang at the neighborhood soda fountain (another staple of American life that has gone the way of the drive-in and the local department store) was also rallying around the elusive “Rebel” by writing letters to the paper. Even Patty’s goofy boyfriend Richard got into the act. “Dear Fossil,” his letter began, “Why don’t you go back to the La Brea tar pits where they dug you up?”

“The Patty Duke Show” having been a family-friendly sitcom from a kinder, gentler era, Martin was never made to be a buffoon (like so many sitcom dads who would come after him), the kids were never rude (even at their most expressive) and everything turned out all right in the end. Cathy admitted to Martin that she was “Rebel” and explained that she had no idea he had written the original editorial about the rambunctious students. She thought what they did with the statue was amusing and not at all malicious. Martin was sympathetic and wisely concluded that it was “time for the stone-agers and the teenagers to sit down and talk things over."

As the episode concluded, Martin decided to allow a high school student to take over his column once a month and express the young peoples’ point of view on subjects that matter to them. Patty told Cathy that she had “struck a blow for all of us.”

“The Patty Duke Show” is yet another of those classic television series that made a great impact when it first aired (especially, in this case, with younger viewers) but today seems so utterly unlike anything in real life it’s as if it is being beamed in from another dimension or an alternate reality. But it’s fun to see content that entertained many millions of people in its heyday and, occasionally, to see firsthand how some things have changed. Are people better off without a central media franchise in their communities everyone could depend on for information and two-way communication? Are kids better off glued to their phones and tablets engaging in social media rather than gathering in person to solve the problems of their world?

Who could have foreseen when it first aired that an episode of “The Patty Duke Show” could prompt timely questions a half-century later? Television series, like movies, can’t help but be cultural artifacts.