Computers Versus Humans In Premium Programmatic 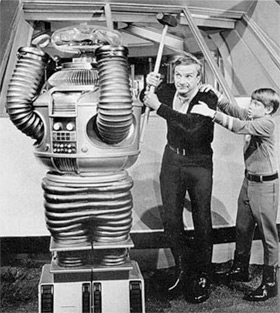 If IBM’s computer, Deep Blue, can beat chess masters and their follow-up, Watson, can win on “Jeopardy,” when can the “premium robot” Sherlock help us win premium programmatic?

Before we dive into the computer invasion, let’s cover the basics. Many people ask why there doesn’t seem to be an accepted definition for premium programmatic in light of the massive press it receives. In an environment that demands simplicity and transparency, the industry delivers complex and opaque services. Today’s market sometimes places the computers (automation) versus the consultants (trading experts). When a digital media space is in its beginning stages, the industry needs consultants to help everyone with the definitions and strategies. Right on the heels of these consultants are new start-ups and technology platforms to help premium programmatic — hence the battle of humans versus computers.

By definition, premium denotes above the usual or nominal price. Programmatic connotes real-time bidding, automation and commoditization. Humans and computers can both agree here.

One of the first computer winners was Big Blue, who mastered a rule-based game like chess. But it took a while longer for IBM to develop Watson, which would go on to win a game like “Jeopardy.” Watson became more human-like with its ability to problem-solve by gathering data, validating the data, make decisions, and then change judgments based on the data and results. Many believed this computer was “learning” and that artificial intelligence can bring more market or network-based solutions onboard to our exchanges. This would ensure we rely less on humans.

Another way for computers to solve the problems with programmatic is to examine the features that many brands ask for. This includes ensuring the remnant and premium marketplaces are differentiated in a programmatic environment. Despite the massive height of programmatic hype, the promises of premium programmatic expectations are being met with lower prices and more automation. Much of the confusion is human or market generated; however, many of the multiplier gains are from both computers and experts.

Both humans and computers are feeling uniquely comfortable learning multiple channels, buying upfront, providing guarantees, and offering social and native advertising. Both understand that the days of running a single channel for an effective advertising campaign are gone. The variety makes everyone happy, especially when programmatic buyers and sellers are comfortable with any advertising outlet that fits into the marketing plan. When someone has too many channels to evaluate, computers can step in to measure and optimize a mix of media after the strategy from the expert is in place.

In the finance world, computers understand buying upfront with forward markets very easily. They are constantly learning, guaranteeing and providing upfront opportunities for buyers and sellers. However, smart publishers ultimately control scarcity and inventory. The more sellers look for premium, the bigger the upfront bidding and markets grow by offering more choices. In many cases humans — not computers — can get more upfront deals by playing the system, timing, and relationships.

Social media can improve at trading programmatically as both humans and computers begin to trade using multiple measures to optimize things like display (CTR), video (attention), native (engagement) and social (view through attribution). Today, many experts are beating the computer social media platforms by understanding that earned and owned media needs more measurement

Marrying native and programmatic makes sense, but custom branded content usually requires some heavy lifting by humans. However, now that others are creating the content automatically, computers are feeling comfortable optimizing ad units in regards to the content as opposed to solely relying on the placement. Measuring out of the banner is always possible, therefore optimizing outside the banner in the form of content makes sense for humans.
Despite programmatic, it will take the best media trading experts as well as the best computers and platforms to get to an ideal trading system. The search for the perfect trading system (computers and humans) is as old as the markets themselves. No shit, Sherlock.