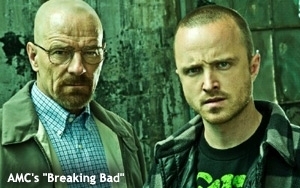 Next week’s Emmy Awards already feel like something of a non-event, largely because they are taking place on the last Monday of August during a week when people are thinking about anything and everything other than television. It’s the time for last-minute vacations, sending the younger kids back to school and getting the older ones off to college. It is not a coincidence that most daytime and late-night shows will be in rerun mode that week -- many have already begun running repeats this week. Along with the week between Christmas and New Year’s this is not a prime time for TV.

But there it is -- the annual celebration and promotion of the very best that television offers, presented at a time when relatively few people will care. Those of us who do care will simply carry on with business as usual and hope that Emmy benefits from better scheduling next year.

Will there be similar surprises during this year’s show? One can only hope; they certainly make for a lively telecast. Meantime, here are my predictions and preferences for the Drama Series categories. Those for the Comedy Series categories will follow tomorrow. As always, I’ll make note of the series and performers who weren’t nominated but should have been as I address each area.

Should have been nominated: “The Good Wife” (CBS)

Had it been nominated, “The Good Wife” would have had my full support in this category. For reasons that defy satisfying explanation “Wife’s” best season yet was shamefully overlooked in favor of half-seasons of two shows (“Breaking Bad” and “Mad Men”) and a program that should have been in the miniseries category (HBO’s “True Detective”). But if we have to play by the flawed rules of the Academy of Television Arts & Sciences I’m going to stand by “Breaking Bad,” because the power of the eight episodes nominated here far exceed that of the other nominees (including HBO’s “Game of Thrones,” PBS’ Downton Abbey” and Netflix’s “House of Cards”).

Should have been nominated: James Spader, “The Blacklist” (NBC); Matthew Rhys, “The Americans” (FX)

One can argue that James Spader and Matthew Rhys gave two of the most emotionally complex performances of the year. The same is true of Bryan Cranston in every season of “Breaking Bad,” which is why I would prefer that he win from among the actual nominees. But this has been Matthew McConaughey’s year and I don’t see it ending now -- especially because he was so damn good in “Detective.” (The other nominees are Jeff Daniels of “The Newsroom,” Jon Hamm of “Mad Men,” Woody Harrelson of “True Detective” and Kevin Spacey of “House of Cards.”)

Should have been nominated: Tatiana Maslany, “Orphan Black” (BBC America)

Why the egregiously overlooked Tatiana Maslany was not nominated last year or this year for her work in “Orphan Black” is one of the great Emmy mysteries of the day. Not only should she have been nominated; she should have won both times. Sticking with the actual nominees, I like to think voting members of ATAS would give this award to Julianna Margulies, not simply because she deserves it but also to compensate for failing to acknowledge her show. As noted above, I think Robin Wright might be the spoiler here, and she certainly deserves recognition for carrying “House of Cards” through its uneven second season. If voters have been feeling lazy they might go with a three-peat for Claire Danes of Showtime’s “Homeland,” which would be disappointing but not an outrage. And then there is Lizzy Caplan, who turned in a sweet performance of great grace and style in Showtime’s “Masters of Sex.” A win for her here would be most welcome and even more surprising, seeing as her series and her marvelous co-star Michael Sheen were passed over. Lastly, I don’t know why Michelle Dockery of “Downton Abbey” and Kerry Washington of ABC’s “Scandal” are among the nominees while Keri Russell of “The Americans” and the slighted Ms. Maslany are not.

Should have been nominated: It’s not an issue. While I wish there had been room here for Michael Kelly of “House of Cards” overall I think Emmy got this category right.

Aaron Paul would appear to be the certain winner here, but that’s what we all said last year. If he takes home a third Emmy for “Breaking Bad” I won’t complain, as his performance throughout was consistently brilliant. I would go with Jon Voight for giving life to a character quite unlike any other on television in “Ray Donovan.” Previous winner Peter Dinklage is also a strong contender for what many critics believe was his strongest season yet on “Game of Thrones.” Mandy Patinkin could be a spoiler, given that his work was the best thing about the profoundly disappointing third season of one-time Emmy favorite “Homeland.” I don’t think Jim Carter of “Downton Abbey” or Josh Charles of “The Good Wife” will have a chance.

Should have been nominated: Melissa McBride, “The Walking Dead”; Phyllis Logan, “Downton Abbey”

If I ruled the world, Melissa McBride and Phyllis Logan would be on this list in place of Christina Hendricks and Maggie Smith. McBride delivered one of the most riveting and emotionally devastating performances of the year as Carol on “The Walking Dead.” Logan was similarly marvelous in a performance of such quiet strength that I’m sure voting members of ATAS didn’t even notice it. Of the nominees, Christine Baranski had consistently demanding material to work with throughout this season of “The Good Wife” and nailed it every time on every level. But if “Breaking Bad” is on a roll Monday night I fully expect Anna Gunn to take home her second Emmy. (By the way, she’s awfully good in an entirely different role -- an old-fashioned novelist caught up in a torrid affair with a cocky young blogger -- in the current play “Sex with Strangers” at New York City’s Second Stage Theater.) Joanne Froggatt of “Downton Abbey” and Lena Headey of “Game of Thrones” are also nominated.