MTV's VMAs - What A Difference A Year Makes 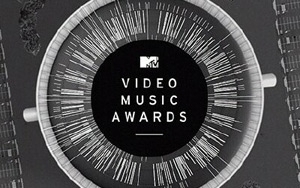 Was it me, or did MTV seem to tone down the outrageousness in last night’s presentation of its annual Video Music Awards -- the 30th anniversary of the franchise?

There was nothing particularly shocking or offensive about any of it, unless one chooses to express concern over the presentation of women throughout the show. Most of the hugely talented females on the stage -- from Nicki Minaj to Beyonce -- seemed intent on exposing as much skin and being as provocative as possible during their performances. Barely clad behinds were everywhere on view.

Experts tell us that all of this behavior influences young female viewers, many of whom were seen in video testimonials pouring out their love and affection for Beyonce before she received the Michael Jackson Video Vanguard Award. I’m not going to take a stand on this one way or another, because when it comes to the ways in which women in music today prefer to present themselves those ships have sailed. Meanwhile, countless young people are utilizing digital technology to express themselves sexually, often in ways far more graphic than anything seen on the VMAs, and with a brazenness that would land their dear grandmothers in the nearest boneyard. The content sometimes seen on MTV is almost tame by comparison.

This is the world we are living in, for better or worse or whatever. MTV may be responsible in part for creating that world, given the imagery it has repeatedly pumped into young minds at different times during four different decades, but it is no longer a primary driver of teen and young adult behavior the way it was in the ‘80s and ‘90s. Other media are in charge now.

Regardless, I can’t help but wonder why adult women feel the need to package themselves in so explicit a fashion -- one that rarely enhances or connects to their music or a particular message, the way Madonna’s ever-more-provocative behavior always did during the first two decades that MTV was around. Male performers generally don’t behave this way. Something is way out of whack.

Overall, the VMAs were really rather entertaining this year; the music was sensational from start to finish -- even those performances by artists I had not heard of (actually there were only two -- Sam Smith and Iggy Azalea). I suppose I should be out of touch – after all, I am old enough to have been in the press room for the very first MTV Awards (as we called them back then) in 1984 at Radio City Music Hall, where I got to interview the huge stars of that era, including Cyndi Lauper, Billy Idol, and most memorably, Madonna in the wedding dress she wore on stage for her now-legendary performance of “Like a Virgin.”

As for Miley Cyrus, what a difference a year makes. Like many other reviewers I came down pretty hard on her last year for what I thought was a mess of a disturbing performance with Robin Thicke. (Once again, the male was wearing many clothes and largely standing around while the female was scantily clad and presenting her body in all kinds of desperately provocative positions.) Cyrus looked beautiful (and comparatively understated) this year and remained in the audience throughout the show, even when she won Video of the Year for “Wrecking Ball” (in which she briefly appears without any clothes at all).

In a move that recalled Marlon Brando famously sending Sacheen Littlefeather, a civil rights activist of Native American descent, to the podium at the 1973 Academy Awards to collect his award for “The Godfather,” Cyrus had a formerly homeless, model-handsome representative of the nation’s young runaways take to the stage to remind us all that tens of thousands of them are living on the streets (especially in Los Angeles), many fearing for their lives. Regardless of how one might feel about the cause, it was a particular kind of low key, socially relevant, show-stopping moment the likes of which I cannot recall in 30 years of VMA viewing.

Many of us wondered what Cyrus could have possibly done for an encore after her combustible contribution to last year’s show. Nobody could have guessed that she would do what she did last night. It was a shrewd and fascinating move. I’ll admit it: I can’t wait to see what she does next.