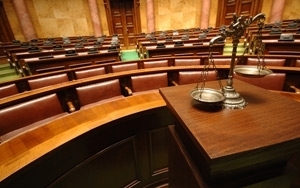 Aereo says in new court papers that it's entitled to continue operating, despite a recent Supreme Court ruling that the company infringes copyright by streaming over-the-air programs to smartphones and tablets.

The Barry Diller-backed start-up argues in papers filed on Friday evening that it's now entitled to a compulsory cable license, which would allow it to transmit broadcast television shows.

Aereo, which had rolled out its streaming service to 12 cities, unsuccessfully argued to the Supreme Court that the streams were “private” -- and therefore didn't infringe copyright -- due to the company's architecture. Aereo relied on thousands of mini-antennas to capture programs and then stream them on a user-to-antenna basis.

In its June decision against Aereo, the Supreme Court ruled that the company resembled a cable system, which can't transmit shows without paying fees.

Aereo voluntarily suspended service several days after that ruling, but now says that it should be allowed to remain in business on the theory that it's entitled to a cable license. “It would be illogical and fundamentally unfair to find that Aereo’s 'Watch Now' functionality is a 'cable system' ... for the public performance analysis, but is not entitled to a compulsory license,” the company argues. “The benefits and the burdens of cable system status under the Copyright Act must and do flow together.”

One hurdle for Aereo is that a federal trial judge and the 2nd Circuit Court of Appeals in New York previously ruled that ivi TV -- which streamed television programs over the Internet -- wasn't entitled to a compulsory license under Section 111 of the Copyright Act. But ivi TV transmitted shows to people nationwide, while Aereo only streamed shows available over-the-air in subscribers' home markets.

Aereo says that difference is significant. “The unrestricted nature of ivi's transmissions was the determinative fact for the Second Circuit, which noted that Section 111’s compulsory license scheme was intended to support local market -- rather than national market -- systems,” Aereo writes.

Aereo also raises other arguments against the injunction, including that the broadcasters can't show that the start-up will cause “irreparable harm” to TV companies.

In May 2012, when Nathan initially denied the broadcasters' request for an injunction, she did so based on her opinion that they weren't likely to prevail on their copyright infringement claim. But Nathan also said at the time that the broadcasters had shown that Aereo would cause them irreparable harm.

The broadcasters are drawing on that portion of the original ruling to support their latest bid for a shutdown order. But Aereo says that Nathan's initial views about irreparable harm were proven wrong by events of the last two years.

“Importantly, over those two years of unrestricted operation, none of the 'imminent' and 'non-speculative' irreparable harms claimed by Plaintiffs materialized,” Aereo argues. “What better proof could there be that claimed harms are not imminent (and are instead speculative) than what actually happened when the complained-of actions went on for years?”

Aereo points out that the broadcasters specifically said two years ago that they couldn't measure how many people viewed shows through Aereo. Since then, however, the technological situation has changed. “The intervening two years changed the facts upon which the Court’s finding is premised,” Aereo argues. “As Aereo predicted, Nielsen has since developed the means to measure Aereo viewership.”

An attorney for Aereo has requested that Nathan hold a hearing before issuing a decision, citing the “complex nature of these issues and the catastrophic harm Aereo would experience if an injunction were entered.”