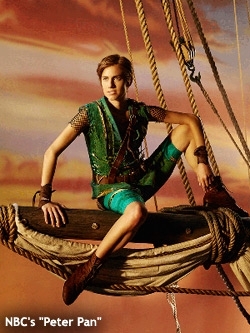 The official start of the 2014-15 television season is just a couple of weeks away, yet after three months of watching and contemplating and writing about all the new shows that fall is going to bring I can’t say I’m all that excited about it. Only a half-handful of new broadcast shows have really grabbed me -- specifically ABC’s “How to Get Away with Murder” and The CW’s “The Flash” and “Jane the Virgin.” There are a few others that might make a stronger impression once they have the chance to build -- NBC’s “Constantine,” CBS’ “Scorpion” and Fox’s “Gotham” come to mind. But I’m more interested in several returning shows -- CBS’ “The Good Wife” and “Mom,” NBC’s “The Blacklist,” ABC’s “The Middle” and “Scandal” and The CW’s “Arrow,” to name a few -- than in any of the newbies.

From what I hear and read -- virtually everywhere -- I am not alone in my limited enthusiasm for the fall season.

Given the dozens of new series that collectively debuted on virtually every broadcast and cable network in June, July and August is it any wonder that those of us who used to get so excited about the arrival of all those fall freshmen are instead feeling a bit weary at the prospect of dealing with so many new shows? It’s not as if any of us have been starved for fresh television entertainment. (In fact, the summer season was jammed with unusually good stuff, but that’s a subject for another column.) I’m talking about viewers in general, not just those of us who are tied to the business of television in one way or another.

All that said, I have to admit I got a bit of a lift earlier today from all the publicity NBC is suddenly generating about its upcoming live musical “Peter Pan,” which is slated to be telecast on December 4, at the tail end of the November sweep and the start of the holiday season. This is the second such musical production from NBC in as many years --  the first was last December’s “The Sound of Music,” a giant hit in the ratings (even when NBC repeated it), a great showcase for advertisers and the exciting reboot of a grand television tradition from yesteryear. I’m certain NBC will rerun “Music” at some point during the upcoming holidays, as well. Why not? It could be an annual tradition in itself.

When I first heard that “Peter Pan” would be the follow-up to “Music,” I wasn’t particularly impressed. It has never been a favorite of mine, though I am willing to concede that I may be in the minority on that one. Similarly, I thought “Girls” co-star Allison Williams was an odd choice to play the title character, even if, as her well-known dad explained on his nightly NBC News program, she began playing Peter as a child.

But watching Williams on “Today” and looking at the art NBC released today as the start of a three-month promotional campaign, I began to warm up to the idea. That may have something to do with the extended holiday season being just a stone’s throw away. (For me, it begins in late September when stores and malls begin selling Halloween supplies and carries right through to January 2.) For as long as NBC cares to make these musicals, they will reside on my list of things to look forward to during my favorite time of the year.

Nobody can begin to speculate about how good or bad “Peter Pan” might turn out to be until we actually watch it on December 4. (Its executive producers include Neil Meron and Craig Zadan, the team behind “Music.”) Regardless, at that time I will recommend that people turn away from Twitter, which last year during “Music” was filled with scathing comments, many of them from critics, who seemed to delight in tearing it apart. (I was on a train that night and first experienced “Music” through my Twitter feed. By the time I got home I was convinced that it must have been an abomination. But when I watched it the following night via my DVR it won me over almost immediately.)

I have always considered “The Sound of Music” to be the ultimate family property. But “Peter Pan” may prove me wrong. It may draw even more kids to the television than did “Music” and, by extension, draw more parents as well. Again, this can only be a good thing for those advertisers who are planning to be a part of the fun.

I’m certain Fox is hoping that NBC does well with “Peter Pan,” even if it is a competitor. That’s because Fox has its own live musical in development -- a presentation of “Grease” that will be seen in early 2015.