The New Niche Appeal Of 'Dancing With The Stars' 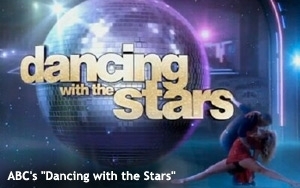 It’s a tired cliché dating back several years to laughingly note that the problem with ABC’s “Dancing with the Stars” is that it no longer delivers on the promise of its title. There is still plenty of dancing … but stargazing? Not so much.

That really hit home for me as I watched the unveiling of the upcoming “Dancing” cast this morning on the network’s “Good Morning America.” At first blush, “stars” seems too generous a term. One might even suggest that it would be a stretch to refer to the 13 folks set to compete this season as “celebrities,” at least by the traditional definition. Wasn’t it once true that an individual had to be well-known by the public at large or something of a “household name” in order to be a “star” or a “celebrity” or “famous”?

My first response to the new “Dancing” crew was, who are these people? Yes, I was familiar with some of them, but looking at them as a group, I could not imagine that the mainstream broadcast audience that has always embraced this show would be interested in this cast.

Of course, some people watch this show simply to enjoy the dancing regardless of the personalities on parade. If any members of the new cast demonstrate outstanding talent on the dance floor or prove to be especially charismatic, those people will undoubtedly respond.

As for the all-important initial draw -- the desire to see “stars” competing every week -- once I moved past my instant lack of interest (good thing I wasn’t tweeting at the time) and gave the show additional thought I realized that this season more than ever there is something or someone for everyone in the group. That has always been the case with “Dancing” to some degree, but usually there are one or two genuine “stars” in the mix around which the others may rotate. I don’t think that’s the case this time around.

Still, there appears to be a method to this “Dancing” madness. If so much of television and entertainment today is all about niche appeal, why not mix a few niches together and see what happens?

For example, most of the traditional audience for the show won’t have a clue who Bethany Mota might be -- but that may be okay. She’s one of the most popular YouTubers at the moment, with over 7 million subscribers to her fashion and beauty channel. If she sparks interest in “Dancing” with her fan base, and is further supported by other influential YouTubers, she may draw a giant new audience to the show. Also, she’s paired with the competition’s most popular dancer, Derek Hough, so that won’t hurt matters.

And then there’s Randy Couture, a six-time World Champion and Hall of Famer in the mixed martial arts community who is transitioning to movie work in the “Expendables” franchise. Will his fan base of fight enthusiasts follow him to “Dancing”? That seems unlikely to me, but if they do the show will once again enjoy support from a new audience.

Janel Parrish is another name that people won’t necessarily recognize -- unless they are among the millions who watch ABC Family’s “Pretty Little Liars” and consistently make it one of the biggest shows on social media. As with Mota, “Dancing” is aiming for a fresh audience with the inclusion of Parrish. Together, these two young women could generate a record level of social media traffic for this aging “old media” franchise.

I’m not sure if 17-year-old Sadie Robertson will also bring a young audience with her, because I’m not sure of the current level of young demographic interest in A&E’s “Duck Dynasty,” the monster hit reality show on which she stars. Presumably her family and friends will support her participation on “Dancing,” and given their popularity, that should be hugely beneficial to the show.

Two-time Daytona 500 winner Michael Waltrip might also seem like an odd choice, until one considers the outsize popularity of NASCAR and the fact that another superstar of professional race car driving, Helio Castroneves, won the coveted mirror ball trophy in season five. There is a ready-made connection between the audiences for NASCAR and “Dancing.”

PBS and Public Radio International talk show host Tavis Smiley also has a loyal audience, not to mention at least two media platforms from which to promote his participation on “Dancing.” There is likely little intersection between his fan base and those of the people mentioned above, but that ought to be a good thing.

As for Tommy Chong, well, he’s in a class of his own. If there are old stoners among the millions of viewers 50-plus who watch “Dancing,” they will appreciate what he brings to the show. He may also attract a legion of new fans to it. Do kids today watch the old “Cheech & Chong” movies?

The rest of the new cast is the usual “Dancing with the Stars” mix: An accomplished athlete who would seem to have a physical advantage over the rest (track superstar Lolo Jones), a “celebrity” known only in specific circles (fashion designer Betsey Johnson), a young actor undoubtedly looking to boost his public profile (Jonathan Bennett) and three actors who might be classified as stars of “yesteryear” in an age when everything is outdated a year or two after it arrives (Lea Thompson of the “Back to the Future” movies, Antonio Sabato Jr. of “General Hospital” and “Melrose Place” and Alfonso Ribeiro of “Silver Spoons”).

tv
2 comments about "The New Niche Appeal Of 'Dancing With The Stars' ".
Check to receive email when comments are posted.
Read more comments >
Next story loading