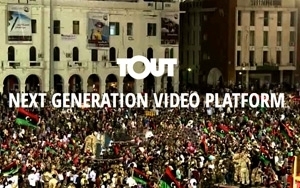 Local publishers are trying to tap into online and mobile video ad dollars, but not all have the resources to produce their own video content.

To surmount this hurdle, the Local Media Consortium, which represents over 50 local media companies with 1,200 individual publications across the U.S. and Puerto Rico, has entered into a deal with Tout, giving LMC affiliates access to syndicated online video from the latter’s Programmatic Video Content Exchange.

Under the terms of the deal, LMC members can use Tout’s technology to automatically identify, match and insert relevant video content with their own articles, based on a variety of criteria.

The video is syndicated from news, sports and entertainment media brands, including The Wall Street Journal, People Magazine, Fox Sports, Sports Illustrated, among others. Together, Tout’s content partners make around 2,000 new and updated videos available for syndication every day.

According to the most recent forecast from eMarketer, published in June of this year, total spending on digital video (including both mobile and desktop) is set to increase from $5.96 billion this year to $7.77 billion next year, eventually reaching $12.71 billion by 2018.