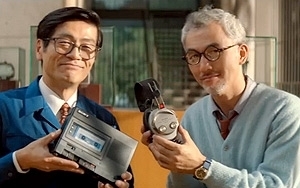 Consumer electronics companies have adopted the term “digital ecosystem” to describe the interaction of various electronics and services around the home. Turns out, viewers are keeping that ecosystem in mind when they’re viewing ads from these marketers as well.

The report analyzed how the television, desktop, laptop, tablet, TV, home phone, Internet, mobile handset and content brands are viewed when it comes to advertising, branding and messaging through more than 4,000 interviews. Among the ads that performed the best were those that depicted real people using technology in real-life situations that were simple, informative and believable.

“People like to see real-life, relatable situations and simple information,” Schiela tells Marketing Daily. “They wanted to see something unique or new and didn’t want to see something that was too 'in your face' or obnoxious."

Sony’s brand ad, depicting the convergence of artists and engineers as the underpinning of its brand philosophy, was the highest-performing ad overall. “The biggest appeal was that it was relatable and showed [consumers] products that they could see themselves using,” Schiela says.

Other brands that scored well overall were those from Verizon Fios, Samsung, LG and Amazon.

“While there is a niche of folks that liked [sports-themed ads], there was a much larger group that was turned off by them,” Schiela says.