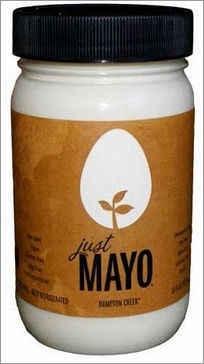 Having suffered widespread criticism and even ridicule for lodging a lawsuit over the use of the word "mayo" by food-tech start-up Hampton Creek's Just Mayo product line, Unilever has now dropped the suit.

In the lawsuit, filed in November, Unilever — the $64-billion global food giant whose Hellmann's (called Best Foods west of the Rockies) commands a 45% share of the U.S. mayonnaise market — contended that Just Mayo's name and packaging had deceived consumers and caused harm to Unilever and the mayonnaise business.

The suit maintained that Hampton Creek should be forced to change the name of its Just Mayo spread, which uses Canadian yellow peas instead of eggs, because the product does not meet the Food and Drug Administration's definition of mayonnaise. That definition states that products labeled mayonnaise must contain "egg yolk-containing ingredients" and a certain percentage of oil.

The suit immediately generated a swell of negative buzz aimed at Unilever — including a satiric video featuring "mayonnaise lawyers" on David Letterman's show. That was magnified when The New York Times revealed that Unilever had recently made alterations to the content on some of its Web sites to correct copy that used the words "mayo" and "mayonnaise" in referring to some of its own products that don't meet the FDA's definition of mayonnaise. Furthermore, Unilever made similar types of edits to customer comments on its social media sites, the Times reported.

As of this week, more than 100,000 people had signed a petition on Change.org asking Unilever to drop the lawsuit and "stop bullying sustainable food companies."

Unilever issued a statement from Mike Faherty, VP for foods of its North American unit, saying that it had decided to drop the suit “so that Hampton Creek can address its label directly with industry groups and appropriate regulatory authorities.” The statement added: "We believe Hampton Creek will take the appropriate steps in labeling its products going forward.”

Meanwhile, also this week, Hampton Creek announced that it had received another $90 million in funding, from investors including Salesforce.com CEO Marc Benioff and Facebook co-founder Eduardo Saverin. The company, founded in December 2011 by CEO Joshua Tetrick and Josh Balk, had already raised $30 million in funding, including a $23-million Series B round led by Li Ka-shing (the wealthiest man in Asia), with participation from several big-name tech company executives.

Hampton Creek also produces an egg- and milk-free line of cookie dough, Just Cookies and is developing a scrambled egg mix alternative. Last year, Bill Gates named it one of three companies shaping the future of food. It was also named one of Entrepreneur Magazine’s 100 Brilliant Companies and one of CNBC’s Top 50 Disruptors.