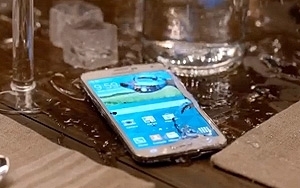 Samsung didn’t become one of the world’s biggest technology brands by not appealing to consumers. The mobile, electronics and appliance giant had seven of the top 15 highest-scoring technology hardware ads of 2014, according to Ace Metrix.

Samsung topped the list by providing relevant information to consumers in winning ways, says Peter Daboll, CEO of Ace Metrix. The top-scoring ad of the category depicted a specific consumer benefit — a water-resistant phone — with humor and levity. Another spot that showed relatable scenes of consumers near outlets charging their phones, scored 23% higher on the relevance scale than the industry average.

By contrast, Apple (a notable absence on the list), does a good job doing one or the other when it comes to communicating either features or a story, says Daboll. The white-background product ads, for instance, are informative, but people “don’t respond to them in an emotional way,” he says. Other ads, such as the company’s current holiday ad featuring a girl creating a music piece for her grandmother, feature strong storytelling, but don’t convey much about the product, he says.

“Most people tend to pick one or the other,” Daboll says. “Most do one aspect well, either be informative or show emotions.”

Beyond Samsung, other companies appearing in the top 15 include Bose, Sonos and Canon, which appealed by conveying product information and strong desirability scores. Canon’s ad, Hollywood Caliber, ranked third on the list by linking striking visuals to strong emotions.

Don’t underestimate the value of cute and funny, however. Nest, a relative newcomer to the technology hardware space, also earned strong marks by using a “talking” dog to convey product information, while Intel’s use of “Big Bang Theory” star Jim Parsons as a company spokesman also had strong appeal.

“Intel was my biggest surprise,” Daboll says. “Intel is viewed as an ingredient company. They’re very science oriented and rational. [Using Parsons] was a new idea and surprise.”