First Look At 'Better Call Saul': It's 'Bad' To The Bone 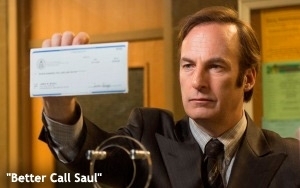 The first great TV show of the year commences on Feb. 8.

It’s “Better Call Saul,” an AMC spinoff drama saddled with such a renowned pedigree that you might assume it’s doomed from the start. But it’s not. It’s definitely not.

Somehow, executive producers Vince Gilligan and Peter Gould have met the seemingly insurmountable challenge of producing a high-quality, razor-sharp spinoff from one of the most beloved and critically acclaimed TV series ever made -- “Breaking Bad.”

Based on the first two episodes (scheduled to air Feb. 8 and Feb. 9, respectively, on AMC), which AMC provided for preview, “Better Call Saul” manages to accomplish two things that would seem to be diametrically opposed -- to produce a show that retains many of the most attractive features of the show it springs from, while making a new show that somehow stands on its own at the same time. It’s quite a feat, and it positions “Better Call Saul” as one of the best spinoffs ever produced.

For those not in the know, the title -- “Better Call Saul” -- is the slogan that was used by sleaze-bucket Albuquerque attorney Saul Goodman in his TV commercials and billboards seen on “Breaking Bad.”

On that show, Saul -- played then and now by Bob Odenkirk -- became involved in the methamphetamine business contrived by schoolteacher Walter White (Bryan Cranston) as an adviser on legal issues (and illegal ones).

“Better Call Saul” is a prequel spinoff of “Breaking Bad” -- taking place six years before Goodman would ever cross paths with Walter White (following a short opening sequence that appears to take place in the present day).

As you will learn just a short time into the first episode of “Better Call Saul,” the attorney known as Saul Goodman is not yet “Saul Goodman.” He is an attorney named Jimmy McGill, and he is beset with problems.

This spinoff has the same alienating aura as “Breaking Bad.” On this show, as in “Breaking Bad,” our modern world (in this case, again represented by the southwestern United States) is comprised mainly of fast-food restaurants, shopping malls and government interiors with institutional acoustic-tile ceilings. Danger lurks behind the closed doors of neatly kept suburban homes in neighborhoods where small-time con artists on skateboards work the intersections faking accidents.

On this show, it’s the details that stick with you: In the silence of a courtroom, you can hear the buzzing of fluorescent lights; in an elevator vestibule, a grimy tile floor is reflected in the parabolic dents of a shiny chrome garbage can.

In the first two episodes of “Better Call Saul,” two characters cross paths with “Saul” who played significant roles in the “Breaking Bad” story.  But “Better Call Saul” is so distinct from the world of “Breaking Bad,” at least in the early going, that you are given no hint of their later involvement. Their interactions with Saul seem to have no connection at all to the future we all know about, but they would have no way of knowing.

It’s almost as if the creators of “Better Call Saul” were making a show from scratch, while acknowledging that they’re really not. They seem to recognize the phenomenon in which we viewers know more about the life of this new show’s main character than even he does. And yet, the story of how this Jimmy McGill becomes Saul Goodman is presented as something new and, even better, something unexpected.

tv
2 comments about "First Look At 'Better Call Saul': It's 'Bad' To The Bone".
Check to receive email when comments are posted.
Read more comments >
Next story loading