Ford's GT Supercar To Get Global Boost On 'Forza Motorsport 6' 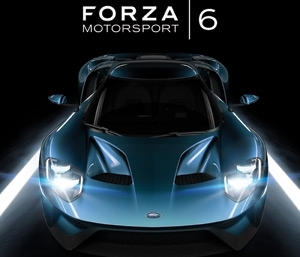 Thanks to lower prices at the pump, and also cool new cars, there has been a big lift in sales of performance cars in the United States. So it’s good timing for Ford to bring back an icon. The GT nameplate at Ford pops up and down in the water of history like a fishing bob. In the ‘60s, the GT40 was a storied race car. Then, there was a GT90 concept in the ‘90s, a GT40 concept in ’02, and then, for Ford’s centennial, an actual limited-production GT, part of a retro program that included the ill-fated Thunderbird.

In Detroit this week, Ford unveiled the second-generation GT. While the centennial version was a deliberate nod to the ‘60s racer, the new one has a radically different look wrapped around the 600 horses under the hood. That hood with its twin scoops is one of the few cues evocative of GTs past. The car uses EcoBoost cylinder technology to max out engine efficiency, and it has carbon fiber body construction. And it will actually be on sale next year worldwide, albeit in limited numbers.

It is part of Ford’s new performance program that will bring 12 super performance vehicles to market by 2020. Ford is using digital gaming to tout the first of the cars, including the GT, that benefit from the new global performance vehicle organization. The GT will be on the cover of the next “Forza Motorsport 6” racing game for Xbox. The deal with Microsoft, with whom Ford partners for its Sync telematics platform, and whose Turn 10 Studios unit makes the Forza series, puts Ford GT, Shelby GT350 Mustang and the F-150 Raptor (which also debuted in Detroit this week) in the game as “First in Forza” vehicles. That means players worldwide can do virtual drives via the Xbox platform.

Raj Nair, Ford group VP, global product development, said in a statement that the integration with the Forza franchise allows global reach for Ford performance. “Working with Microsoft and Turn 10 Studios allows us to share [the GT] with an unprecedented global audience — giving fans an opportunity to virtually experience the beauty, thrill and innovation of Ford’s performance lineup.”