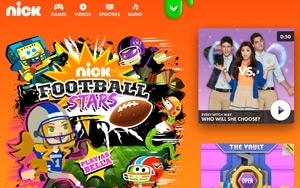 A federal judge has dismissed a potential class-action lawsuit by a group of young children who said their privacy was violated by Google and Viacom.

The decision ends a lawsuit dating to late 2012, when several children under 13 alleged that Viacom allows Google to set tracking cookies on Nick.com. Those cookies allegedly revealed users' screen names and the videos they watched, among other information.

In a dismissal order issued this week, U.S. District Court Judge Stanley Chesler in New Jersey rejected the argument that data stored in cookies amounts to personally identifiable information. Chesler said in his ruling that the cookie-based data wasn't personally identifiable because it couldn't independently tie an “actual person” to the videos he or she watched.

Chesler also rejected the theory that Google was able to identify the plaintiffs by combining cookie-based data with registration information. “Plaintiffs have alleged no facts whatsoever that a plaintiff ever registered with Google,” he wrote. “Such an allegation is necessary for the theoretical combination of information to actually yield one of the plaintiff’s identities.”

Chesler added that Google doesn't allow children under 13 to register, which he said “would rule out the entire class of plaintiffs, all of whom are under that age.”

He also rejected the children's other legal claims, including that the companies violated a New Jersey state “intrustion upon seclusion” law by engaging in “highly offensive” activity that infringed privacy.

“It is, of course, apparent to the court that children do indeed warrant special attention and heightened protections under our laws and social norms,” Chesler wrote. “To be sure, however, the Court’s role in this decision is not to pass on the morality nor the wisdom of companies tracking the anonymous Web activities of children for advertising purposes.”

He added: “Although Plaintiffs have identified conduct that may be worthy of further legislative and executive attention, they have not cited any existing and applicable legal authority to supports their claims.”

Last July, Chesler threw out an earlier version of the case, but allowed the children's lawyers to amend their allegations and bring the case again. They did so in August.

A Nickelodeon spokesperson said the company is “very pleased that once again Judge Chesler dismissed the plaintiffs' complaint.”