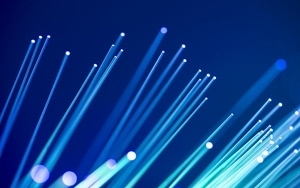 Defining broadband as speeds of at least 25 Mbps “would be entirely out of step with current consumer conceptions,” a trade group for Internet service providers is telling the Federal Communications Commission.

The trade group argues that the FCC's definition of broadband should reflect the speeds that people need for “current” and “regular” services. “The record ... reflects broad consensus that the level of service necessary to enable such uses of broadband — including video streaming, gaming, voice-over-Internet-protocol, social media, and other applications — is well below the 25 Mbps/3 Mbps threshold currently under consideration,” the NCTA says in comments made public late last week.

“Netflix ... bases its call for a 25 Mbps download threshold on what it believes consumers need for streaming 4K and ultra-HD video content ... notwithstanding the consensus among others in the industry that 25 Mbps is significantly more bandwidth than is needed for 4K streaming,” NCTA argues.

“Public Knowledge asserts in conclusory fashion that an 'average' U.S. household constantly streams at least three high-definition movies simultaneously while also running various “online backup services and other applications' -- without providing any evidence indicating that such usage is at all 'average.' "

A 25 Mbps connection is fast enough to download a 6-gigabyte movie in 16 minutes, according to a report issued late last year by the Commerce Department.

The proposal to redefine broadband is part of an upcoming FCC report on the state of broadband. That report is expected to conclude that broadband isn't deployed in a "reasonable and timely fashion," especially in rural parts of the country.

The FCC is slated to consider redefining broadband as its meeting this Thursday.