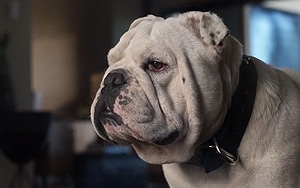 Coldwell Banker Real Estate is helping to find homes for 20,000 adoptable dogs in a partnership with Adopt-a-Pet.com.

The TV spot to support the effort, which breaks Feb. 22 during the Academy Awards, is the latest in “sadvertising” a form of advertising in which the company seeks to connect to potential consumers by playing to their emotions.

The spot shows lonely dogs waiting at home for their owners, and the joy and exuberance they display upon their humans' arrival.

With more than 43 million U.S. households having dogs, there is no question that pets go hand-in-hand with love of home, says Sean Blankenship, Coldwell Banker's chief marketing officer.

“Anyone who has ever owned a dog knows that feeling,” says Blankenship, whose last two dogs were adopted from a shelter.

This is the third year Coldwell Banker has kicked off a campaign with an ad on the awards program. Bypassing the Super Bowl is a deliberate move, Blankenship tells Marketing Daily.

“I’m not going to say we will never be on the Super Bowl, but [the Academy Awards] is just a really good fit for us,” he says. “It’s a wonderful venue for us to showcase our brand.”

The 30-second TV spot features real rescue dogs, such as Max, who was adopted in 2014 after being spotted on Adopt-a-Pet.com. To help more dogs like Max find a forever home, the Coldwell Bankerbrand is simultaneously announcing the first ever "Homes for Dogs Project."

The real estate companyis enlisting its network of 87,000 independent contractor sales associates to help adoptable dogs find homes in their communities through a variety of tactics including hosting adoption days by partnering with local shelters in the Adopt-a-Pet.com network.

Nothing turns a house into a home more quickly than the addition of a loving pet, says Abbie Moore, executive director of Adopt-a-Pet.com.

"With with more than 40 million viewers tuning into the Academy Awards, this commercial has the potential to raise tremendous awareness about pet adoption and help us find homes for so many dogs,” Moore says in a release.