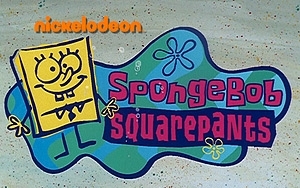 Representatives for a group of young children are appealing a judge's decision to dismiss a lawsuit accusing Google and Viacom of violating a federal video privacy law.

The notice of appeal, which was filed this week with the 3rd Circuit Court of Appeals, doesn't offer details about the potential arguments the children's lawyers will raise.

But the plaintiffs' attorneys obviously hope to convince an appellate court to revive the lawsuit, which centers on allegations that Viacom allows Google to set tracking cookies on the kids' site Nick.com. Those cookies allegedly revealed users' screen names and the videos they watched, among other information.

U.S. District Court Judge Stanley Chesler in New Jersey dismissed the lawsuit last month. He specifically rejected the argument that data stored in cookies is personally identifiable, ruling that cookie-based data can't independently tie an “actual person” to the videos he or she watched. Chesler also rejected the theory that Google was able to identify the plaintiffs by combining cookie-based data with registration information.

The plaintiffs -- who are all under 13 -- made other legal claims, including that the companies violated a New Jersey state “intrusion upon seclusion” law by engaging in “highly offensive” activity that infringed privacy. Chesler dismissed those other counts as well -- although he said in the opinion that the plaintiffs “have identified conduct that may be worthy of further legislative and executive attention.”

Google and Viacom aren't the only companies facing allegations that they violated the federal video privacy law by transmitting “anonymous” information about people. CNN, the Cartoon Network and Dow Jones have all been sued for allegedly transmitting information about the videos that Android users watch, combined with their device identifiers, to analytics companies and other third parties.

Trial judges dismissed the lawsuits against Cartoon Network and Dow Jones, while the case against CNN is still pending. Mark Ellis, the user who sued the Cartoon Network, is appealing the dismissal of his lawsuit to the 11th Circuit Court of Appeals.