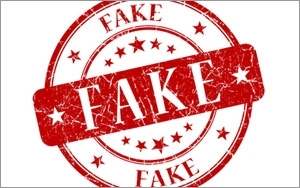 AmeriFreight, a company that transports cars, allegedly boasted in its ads that it had “more highly ranked ratings and reviews than any other company in the automotive transportation business.”

But the company allegedly failed to disclose that the customers who wrote those ads received discounts for doing so, according to the Federal Trade Commission. The agency said on Friday that it changed AmeriFreight and its owner, Marius Lehmann, with false advertising and engaging in a deceptive practice.

AmeriFreight agree to settle the charges by promising that it won't misrepresent that the company's services are highly rated based on “unbiased” consumer reviews, the FTC said. The company also agreed to clearly disclose any connection between itself and reviewers in the future.

Customers who wrote reviews allegedly received a $50 discount, while those who didn't had an extra $50 tacked onto their bill, according to the FTC. The company also allegedly promised to enter consumers in a $100 per month contest for the best review, which was awarded based on the “most creative” title and “informative” content.

The FTC alleges that the discounts and contest “incentivize customers to post positive reviews.”

AmeriFreight's written conditions -- which the FTC attached to its complaint -- require consumers to write “fair” reviews. Those conditions also state that a “fair” review doesn't imply a “positive” one.

At the same time, a company representative allegedly called reviews “my report cards” in a separate email to consumers. “If I get anything less than excellent -- 5 stars, it will impact my performance for promotions and job retention severely,” that email said, according to papers submitted by the FTC. “If you plan to leave anything less than excellent or 5 stars, please contact me to allow me the opportunity to try and fix where I fell short.”

This enforcement action is at least the second in recent months stemming from alleged violations of the FTC's principles about online endorsements. In November, the FTC alleged that the ad agency Deutsch L.A. deceived consumers with an ad campaign that involved asking employees to promote Sony's PlayStation Vita on Twitter.