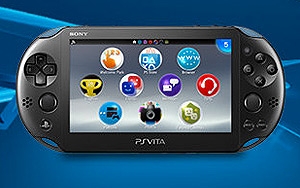 The Federal Trade Commission and Deutsch L.A. have finalized a settlement stemming from allegations that the ad agency asked employees to promote Sony's PlayStation Vita on Twitter, the agency reported this week.

The astroturfing allegations stemmed from a January 2012 email sent by Deutsch L.A. to employees, requesting that they tweet about the $250 gaming console.

“To generate buzz around the launch of the device, the PS Vita ad campaign will incorporate a #GAMECHANGER hashtag into nearly all creative executions,” the email allegedly said. “The campaign starts on February 13th, and to get the conversation started, we're asking YOU to Tweet about the PlayStation Vita using the #GAMECHANGER hashtag.”

The FTC alleged in a complaint made public last November -- which also was when the FTC revealed the tentative settlement terms --  that employees subsequently used their personal Twitter accounts to make positive posts about the PS Vita.

For instance, one employee allegedly tweeted: “Got the chance to get my hands on a PS Vita and I'm amazed how great the graphics are. It’s definitely a #gamechanger!” according to the FTC.

The FTC alleged that the Twitter initiative was deceptive because the employees didn't indicate in their tweets that they worked for Deutsch.

Regulators also charged the agency with creating misleading television ads, which allegedly indicated that users would be able to pause games on PS3 consoles and pick up where they left off on the PS Vita. Those ads were problematic, according to the FTC, because they didn't disclose that consumers would have to own two versions of the same game.