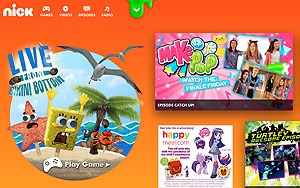 Viacom violated users' video privacy rights by allowing Google to set tracking cookies on the kids' site Nick.com, lawyers for a group of children allege in papers filed this week with a federal appellate court.

Counsel for the Nick.com viewers are urging the 3rd Circuit Court of Appeals to revive a lawsuit accusing Viacom and Google of violating several privacy laws, including the federal Video Privacy Protection Act. That measure prohibits video rental companies from disclosing personally identifiable information about consumers without their permission. The plaintiffs argue that Viacom violated the law by disclosing the information and that Google “illegally received” the data.

“This case is about children's privacy,” class counsel argues in a brief filed on Monday. “In particular, it is about a scheme through which Viacom ... disclosed the video-viewing and Internet communications of minor children to Google, the world's largest data tracking company, without the lawful consent of the minor children or their guardians.”

The battle dates to late 2012, when a group of children first sued Google and Viacom for alleged privacy violations.

Last year, U.S. District Court Judge Stanley Chesler in New Jersey dismissed the lawsuit. He ruled that the allegations weren't enough to prove that either company violated the law. Chesler specifically rejected the users' argument that data stored in cookies is personally identifiable, ruling that cookie-based data can't independently tie an “actual person” to the videos he or she watched.

Chesler also rejected the theory that Google was able to identify the plaintiffs -- all under the age of 13 -- by combining cookie-based data with registration information.

“Google is no ordinary Internet company,” class counsel argues in the most recent legal papers. “Through its vast web of Internet properties, it compiles detailed profiles on millions of Americans who it individually identifies.”

The Nick.com viewers also are asking the 3rd Circuit to revive other claims, including allegations that Viacom and Google violated a New Jersey state “intrusion upon seclusion” law by engaging in “highly offensive” activity that infringed privacy.

Chesler said in his ruling that although the allegations about tracking cookies “may be worthy of further legislative and executive attention,” the users didn't have any legal authority to back up their legal theories.

Counsel for the users are asking the 3rd Circuit to reverse that holding. “A reasonable person could conclude that defendants' unauthorized interception, tracking, recording, and dissemination of young children's personal information and Internet communications is 'highly offensive,'” they argue.