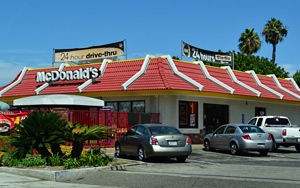 McDonald's' new president and CEO, Steve Easterbrook, today unveiled what he termed the initial steps in the company's turnaround plan:  Restructuring the worldwide company into four market segments as of July 1, and accelerating its refranchising efforts.

The initiatives will result in $300 million in net annual general and administrative savings, most of which will be realized by the end of 2017, according to the company.

Acknowledging that the company's recent performance has been "poor," Easterbrook also stressed that McDonald's must improve its food and customer service — although, at least for the present, he did not present any specific plans for those critical basics.

In the U.S., Easterbrook has in little more than two months announced a phase-out of chicken raised with antibiotics, begun testing an all-day breakfast menu, and is working on a streamlined menu and two different approaches to allowing sandwich customization.

"The first critical step of our operational growth-led plan is to strengthen our effectiveness and efficiency to drive faster and more customer-led decisions," he said, adding: "As we turn around our business, we will look to create more excitement around the brand."

McDonald's U.S., which accounted for more than 40% of McDonald's' 2014 operating income, will continue to be led by Mike Andres, who became its president last October.

A segment comprising established "international lead" markets, including Australia, Canada, France, Germany and the U.K., which together generated about 40% of the company's 2014 operating income, will be led by Doug Goare, currently president of McDonald's Europe.
A third segment is high-growth markets — those showing faster restaurant expansion and greater franchising potential, including China, Italy, Poland, Russia, South Korea, Spain, Switzerland and the Netherlands. This segment, which accounted for 10% of operating income last year, will be led by Dave Hoffmann, currently president, McDonald's Asia/Pacific, Middle East and Africa (APMEA).

The remaining markets, now called "foundational markets," have the potential to operate largely under a franchised model, said McDonald's. This segment will be led by Ian Borden, currently CFO of McDonald's APMEA.

Easterbrook said that the new structure will have "streamlined teams, fewer layers and less bureaucracy" and "will more closely align similar markets so they can better leverage their collective insights, energy and expertise to deliver a stronger menu, service, and overall experience for our customers."

McDonald's now expects to sell 3,500 of its 36,000 worldwide restaurants to franchisees by the end of 2018, which will raise the percentage of total franchisee-owned restaurants to 90%, from the current 81%. This is a significant acceleration of its existing plan to refranchise at least 1,500 restaurants by 2016.

The expanded franchise model will "unleash more entrepreneurial spirit and more innovation across our system," generate more stable and predictable revenue and cash flow, and require a less resource-intensive support structure, according to McDonald's chief administrative officer, Pete Bensen.
Along with the refranchising, McDonald's will set higher financial screens for markets operating company-operated restaurants, he said.

In other news, during a video presentation of the turnaround plan, McDonald's announced that as of today, it's partnering with delivery service Postmates to test delivery from 88 of its restaurants in Manhattan, Queens and Brooklyn.

Postmates, which uses independent local couriers with their own vehicles, is already used by Chipotle Mexican Grill and Starbucks.