Google Launches Cloud Bigtable, Gets Ahead In The Service That Indexes The Web 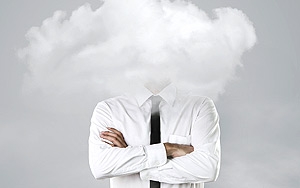 Google announced a cloud service Wednesday that runs off the same database that drives nearly all of its largest applications such as Web indexing, Google Earth, and Google Finance. The service -- Google Cloud Bigtable -- is a managed NoSQL database service that runs through an open-source Apache HBase API. Yes, a bunch of tech speak. The most important thing to remember is that it has power. Here's why.

There are latency requirements, and requirements to control data layouts and formats in Web page design and load times. Services can't always muster up the correct performance profile to make the Web work seamless, forcing developers to insert caches or additional infrastructure to deal with the transition the technology must make between an operation and back-end processing. It also delays computational functions like analytics.

Bigtable isn't new. It's technology like this that allows brand marketers to serve Web pages within a certain amount of seconds or an advertisement without a delay. A research paper written by Google engineers describes it as a "distributed storage system for managing structured data that is designed to scale to a very large size: petabytes of data across thousands of commodity servers."

How large is a petabyte? Two petabytes equals all the information in all the U.S. academic research libraries, according to data.

The managed cloud service in beta will support advertising and marketing agencies, as well as brands looking to process massive amounts of data without building their own technology stack.

Reports suggest Google's behind when it comes to offering this type of managed cloud service. Amazon launched DynamoDB in 2012, a similar product.