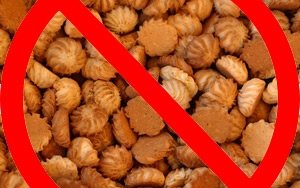 The dispute centers on allegations that Viacom allowed Google to set tracking cookies on the kids' site Nick.com. EPIC this week filed a friend-of-the-court brief in the matter, arguing that the alleged use of tracking cookies on Nick.com violates the Video Privacy Protection Act -- a 1988 law that prohibits video rental companies from disclosing personally identifiable information about consumers without their permission.

The litigation dates to late 2012, when attorneys for a group of children alleged in a potential class-action that Viacom violated the video privacy statute by disclosing information via cookies. The users' lawyers also argue that Google “illegally received” the data.

U.S. District Court Judge Stanley Chesler in New Jersey dismissed the case last year, ruling that data stored in cookies isn't personally identifiable. He specifically rejected the theory that Google was able to identify the plaintiffs -- all under the age of 13 -- by combining cookie-based data with registration information.

Nick.com visitors recently appealed that ruling to the 3rd Circuit Court of Appeals. The users say that Google can identify them by combining cookie-based data with other information.

EPIC is backing the Nick.com visitors, arguing that information that might seem to be anonymous -- like a cookie stored in a browser, or an IP address -- can actually be used to identify individuals.

“The devices that customers use to access videos are directly linked to them, and tracking those devices is functionally identical to tracking the customers themselves,” EPIC argues in a friend-of-the-court brief.

Calling Google a “lookup table,” EPIC contends that the search company can identify Web users based on information other than their names.

“It is nonsensical to say that Google is unable to identify a user based on a combination of IP address, MAC address, and other browser cookie data; that is precisely what Google does best,” EPIC argues. “It would be like concluding the company that produces the phone book is unable to deduce the identity of an individual based on their telephone number.”

Google and Viacom aren't the only companies to be hit with recent lawsuits alleging violations of the federal video privacy law. Hulu, The Cartoon Network, Dow Jones and CNN have all recently been sued for allegedly disclosing information about users who watch online video. So far all of those cases have been dismissed, but the consumers filed appeals that are still pending.