Google Leads As Facebook Takes A Bite Of Its Tail 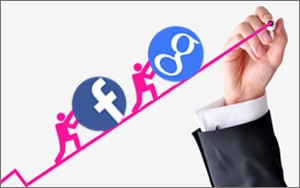 Consumers have become reliant on mobile devices and more comfortable with emerging technologies. The two, along with emerging markets, play a major role in a company's growth. Google, for one, benefits from the trend, but not as much as Facebook. This year ZenithOptimedia recognizes Facebook as the fastest-growing media company, with 63% growth, compared with the prior year. The company took the title of being the tenth-largest media power, attributing consumer behavior and the move toward mobile as the growth driver.

Google's push toward making Web sites easier to use on a mobile device continues to contribute to growth. The search engine's new search algorithm for mobile devices went live on April 21. The algorithm favors mobile-friendly sites, especially when searching for local businesses and services.

Baidu, China's largest search engine, which grew 43%, compared with the prior year, sits as the next-fastest-growing company, per ZenithOptimedia. Baidu’s growth, driven by the rapid development of China’s ad market, ranks No. 14, ahead of rivals Yahoo at No. 18, and Microsoft at No. 21.

The five purely digital media owners in ZenithOptimedia's global top 30 include Google, Facebook, Baidu, Yahoo, and Microsoft. Combined they generated $71 billion in media revenue, representing 68% of all global digital ad spend, up from 67% in the previous report.