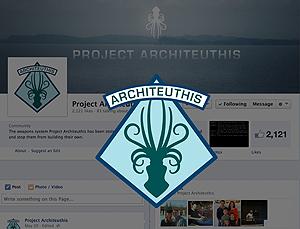 The Project Architeuthis campaign from America’s Navy and Campbell Ewald proves that big results don’t always require big budgets. The initiative focused on recruiting hard-to-find Navy cryptologists, but had no paid media budget despite worsening market conditions. It fused target insights, creativity and social media knowledge into one idea so powerful it generated its own success.

Despite these challenges, the goal for recruiting cryptologists — sailors who make and break codes and are responsible for Navy’s digital/cyber security — was not reduced vs. the prior year.

From this, Project Architeuthis was born, an augmented reality game (ARG) where characters, cryptologic clues, tips and updates were revealed via Facebook, Twitter, Instagram and Tumblr. Navy.com provided cryptology job information and a lead generation form.

The ARG storyline revolved around Maria, the fictional Navy protagonist who discovered an enemy plot and snuck aboard the adversary’s submarine. She then sent out coded clues via different social media platforms over the course of 18 days, which players had to decipher in order to lead Navy rescuers to Maria and foil the enemy plot.

Although some players worked alone to solve the puzzles, many created sub-communities and teamed up to help each other progress through the game. Some groups even chose to communicate in code to keep their messages private and out of the “line-of-sight” of the game’s enemy force. The game took on a life of its own, mirroring the kind of camaraderie that takes place in the real Navy Cryptology community.

Results: Project Architeuthis succeeded in generating visibility for Navy Cryptology, creating a digital information path for prospects, and inspiring them to spread the word. As a result, Navy not only met its recruiting goal, it did so ahead of schedule. The campaign’s success was highlighted in an innovative analysis of unstructured social media data that revealed a significant, highly correlated relationship between ARG participation, lead generation and cryptology enlistment, which grew stronger as engagement in Project Architeuthis deepened.

Effie Awards are known by advertisers and agencies globally as the pre-eminent award in the marketing industry and recognize any and all forms of communication that contribute to a brand's success. Gold, silver and bronze Effie winners will be announced at the 47th annual North American Effie Awards gala on June 4 in New York.