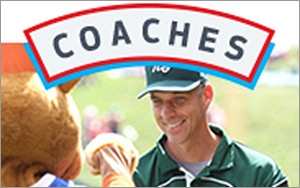 Many a family memory has been created on the Little League baseball diamond, and many of those memories have been preserved through photography. Canon’s PIXMA line of printers is looking to connect the two in a season-long promotion leading up to the Little League World season in August.

Canon’s “Picture Perfect Season” promotion encourages baseball fans to submit photos along a theme (such as “Stepping Up to the Plate” and “Fandemonium") for a chance to win a trip to the Little League Baseball World Series in August and see their photos displayed in the World of Little League Museum in South Williamsport, PA.

“We were looking for an initiative where we could tie both [our brand and baseball] together, while actively targeting families,” Stephanie Hayman, marketing specialist at Canon U.S.A., tells Marketing Daily. “It was important for us to have an impactful presence.”

This year’s photo contest builds upon last year’s effort, in which Canon build a real-time installation showcasing photos and messages from fans in support of the teams at the Little League Baseball World Series. While continuing “The Great Wall of Fandom” this year, Canon will also build on its connection to the organization and families by hosting the “PIXMA Play and Print Experience” at the Little League Baseball World Series, which will include baseball related activities and the printer line’s capabilities, Hayman says.

Lending a little star power to the initiative, Canon has enlisted actor and “Extra” host Mario Lopez to promote the contest, encouraging his fans and baseball fans everywhere to participate in the sweepstakes. Lopez will be on hand to meet the winners of the sweepstakes at the Little League Baseball World Series.

“His family is involved in Little League, and he was involved in his past life,” says Hayman of Lopez’s connection to the sport. “For us, he’s going to be the face advocating for the power of the printed picture.”