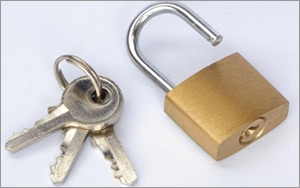 Google slipped in the Electronic Frontier Foundation's (EFF) privacy ratings for the first time, earning three out of five stars. The company had a perfect score of five stars in 2014, and some of the best scores in the tech industry for the three earlier years in which the EFF issued its report.

The annual privacy scorecard, "Who's Got Your Back," scores protection of user data and outlines what each companies does to inform users of data requests by law enforcement and government agencies. The EFF said it is Google's fifth year in the report -- and although it has adopted some of the policies the agency highlights like best practices, there's room for improvement like taking a stronger position in providing notice to users about government data requests after an emergency has ended or a gag has been lifted. The EFF also believes that Google should provide transparency into its data retention policies.

Microsoft also earned three stars, down from five stars. The EFF dinged Microsoft for not making clear its data retention policies and disclosing what government content removal requests it receives.

Three-star Verizon, two-star AT&T, and one-star WhatsApp lag behind the industry in standing by users, according to EFF's study. Facebook's WhatsApp came in with the worst rating -- at one star. It's the company's first year in the report, but the EFF said it gave parent company Facebook a full year to prepare WhatsApp for its inclusion in the report. WhatsApp adopted none of the best practices the EFF identified as part of this report.

What does WhatsApp lack? The EFF said Facebook's subsidiary should publicly require a warrant before turning over user content, publish a law enforcement guide and transparency report, have a stronger policy of informing users of government requests, and disclose its data retention policies. WhatsApp does get credit for Facebook's public position opposing back doors.

Ironically, Facebook received four stars, down from five in 2014. Some companies this year including Adobe, Apple, Credo Mobile, Dropbox, Sonic, Wikimedia, Wordpress, and Yahoo received five stars, according to the report.