General Mills To Remove Artificial Ingredients From All Cereals 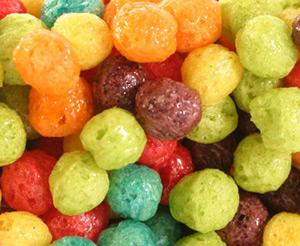 General Mills announced that it is committed to removing artificial flavors and colors from all of its cereals with the next two years.

The company, which has a roughly 30% share of the U.S. cereal marketing (basically tied with Kellogg), said that more than 60% of its cereals — including original and other Cheerios varieties, Cinnamon Toast Crunch, Kix and Wheaties — are already free of artificial colors and flavors.

General Mills has been working on other brands' formulations for about two years so as to achieve the same tastes without the artificial ingredients, and now says it will remove those ingredients from another 30% of its cereals by the end of 2016.

Those include the neon-colored kids' brand Trix and Reese’s Puffs, both of which are set to appear on grocery shelves in their new, more natural formulations by this winter.

Trix will now use ingredients like fruit and vegetable juices and spice extracts such as turmeric and annatto to achieve red, yellow, orange and purple colors that are nearly as bright as in the past — although the brand's traditional blue and green colors had to be dropped, the company told the Minneapolis Star-Tribune. Reese’s Puffs will continue to use peanut butter and cocoa and add natural vanilla flavor.

General Mills intends to make the transition for the remaining 10% of its cereals — marshmallow-containing brands like Lucky Charms and Count Chocula — by the end of 2017. Marshmallows complicate the challenges of preserving a brand's tastes and textures while of removing artificial ingredients and color, the company explained.

General Mills' motivations are no mystery. The cold cereal category has seen a long slide in sales as consumers have shifted to yogurts and other protein-heavy options (despite the cereal industry's attempts to make consumers aware that with milk, cereal offers as much or more protein as other options). But Americans' increasing unwillingness to consume artificial ingredients is apparently also a contributor.

Nielsen research conducted last year for General Mills found that fully 49% of households say that they're making an effort to avoid such ingredients. And Jim Murphy, president of the General Mills cereal division, told the Star-Tribune that he believes that there's "no question" that eliminating such ingredients will help the category.

"We have been upgrading the nutrition and ingredients in our cereals for years to meet people's needs and desires,” Murphy said in announcing the changes. “We’ve continued to listen to consumers who want to see more recognizable and familiar ingredients on the labels and challenged ourselves to remove barriers that prevent adults and children from enjoying our cereals.”

Murphy also said that General Mills is not passing the costs of the research and formulation changes on to consumers.

General Mills is among a growing list of CPG companies and restaurant chains to announce that they are removing some or all artificial ingredients from various products and menu items, including Kraft Foods, Nestlé USA, Campbell Soup Company, Subway, Pizza Hut and Taco Bell.

2 comments about "General Mills To Remove Artificial Ingredients From All Cereals".
Check to receive email when comments are posted.
Read more comments >
Next story loading