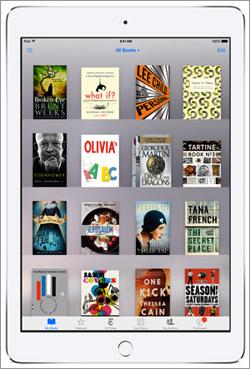 The 2-1 ruling upholds a 2013 decision issued by U.S. District Court Judge Denise Cote in New York, who found that Apple “changed the face of the e-book industry” by illegally orchestrating a price-fixing conspiracy with five major publishers.

“The district court's decision that Apple orchestrated a horizontal conspiracy among the publisher defendants to raise ebook prices is amply supported and well-reasoned,” Circuit Judge Debra Ann Livingston wrote this week for the majority of a 2nd Circuit Court of Appeals panel. Circuit Judge Raymond Lohier concurred in the decision, while Circuit Judge Dennis Jacobs dissented.

The ruling grows out of a legal battle dating to 2012, when federal and state authorities charged Apple and five publishers -- Hachette, HarperCollins, Macmillan, Penguin and Simon & Schuster -- with conspiring to end Amazon's policy of charging just $9.99 for electronic versions of new releases and bestsellers.

When Amazon introduced the Kindle, the company was able to hugely discount ebooks because the industry ran on the “wholesale” model, meaning that companies like Amazon purchased books at wholesale and then decided what price to charge.

In 2010, Apple and publishers moved to end Amazon's ability to sell books for $9.99 forging an agreement to shift to an "agency" model. With that model, the publishers set prices and retailers like Apple and Amazon act as agents, selling the books for a commission.

The price of bestselling ebooks soon rose to $12.99 and higher.

Not everyone is convinced that Apple acted unlawfully. The company's defenders, including Scott Turow, president of the Authors Guild when the lawsuit was brought, argued that Apple and the publishers might have prevented Amazon from monopolizing the bookselling market. "The irony bites hard: our government may be on the verge of killing real competition in order to save the appearance of competition," Authors Guild president Scott Turow said in a blog post shortly before the antitrust case was filed.

He added that Amazon was "using e-book discounting to destroy bookselling, making it uneconomic for physical bookstores to keep their doors open."

Jacobs, who dissented from this week's ruling, agreed with those points. “Apple took steps to compete with a monopolist and open the market to more entrants, generating only minor competitive restraints in the process,” he wrote. “Its conduct was eminently reasonable; no one has suggested a viable alternative.”