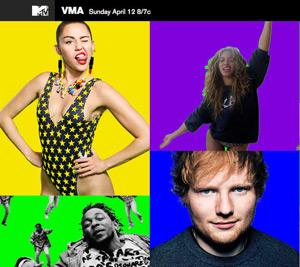 Earlier this month, online users started seeing blank MTV green boxes pop up across multiple websites that looked as if someone had forgotten to include the creative messaging.

Now MTV and digital shop Jam3 have explained that these blank green promos are simply the first phase of their new campaign to promote this year's Video Music Awards (VMA) on August 30. Fans are being asked to replace the blank spaces with their own ads.

"We’re thinking of it less as [user-generated content] and more as fan-art, as this behavior exists more out of artistic love and less as a marketing engagement term," says Andrei Chahine, VP, Creative Director, MTV. "MTV has always encouraged fan-art just as musical artists and celebs encourage it for their own social channels. But this is the first time we’ve created a platform that not only encourages it but incentivizes it on such a big stage. Artist and fan submissions have the chance to become the campaign’s billboards and TV spots and even integrated into the show itself."

Fans go online to MTV.com to create their own promos by using a host of downloadable assets provided by MTV including a wide selection of green screen templates, stickers, billboards, etc, as well as videos and images featuring the likes of Beyonce, Bruno Mars, Miley Cyrus, Taylor Swift, Kendrick Lamar, and The Weeknd. And additional assets will continue to be released daily by MTV featuring new celebrities and downloadable content to choose from.

Then once a user creates their promo, the submission is featured immediately on the MTV.com site landing page.  The site also pulls hash-tagged content from Instagram and Twitter.