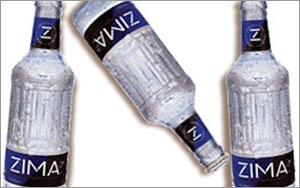 It's hard, very hard to reach escape velocity with a new CPG product. Failure rates range from 60% to 80%, according to a raft of data from digital media firm Catalina. The company's “New Product Traction Through Targeted Shopper Interaction”shows that consumer concentrations of less than 1% drive the vast majority of volume for most new CPG products. The research also shows that even if consumers try a new product, they aren't likely to stick with it. Only 11% of triers in the first six months of a launch still engaged with a new item after one year.

Another major issue for new products is that sales volume tends to be driven by a small population that latches onto the new product and becomes regular buyers. Only 0.7% — that's 1 in 143 shoppers — accounted for 80% of volume for the average new product studied. And the firm says that of the 50 new food and beverage products analyzed, just 8 had shopper concentrations of more than 1% driving 80% of volume, and only 1 had a concentration above 2%.

In a statement about the study, Marla Thompson, SVP of strategy for Catalina, said companies have to find ways of growing the base of triers and then drive repeat purchases by engaging them. "Purchase-based targeting can be a cornerstone of successful new product launches.”

The study finds that for the average new CPG product, just 11% of shoppers who tried the new item in the first six months of a launch remained engaged after 52 weeks.  Twenty-four percent of initial triers made at least one repeat purchase in the first six months, but more than half of those did not try again in the following six months.

A major log jam is distribution, as the study found that it took 28 weeks for the average new product to reach 75% of its peak distribution in stores. That hurts national marketing strategy, the firm notes, because media spent is wasted if the product isn’t on shelves in target media markets. There is no virtue in delivering advertising and promotions to a consumer if they can't do anything about it.

The firm points out the obvious inverse: If marketers anticipate that a snails-pace distribution is built into launch, and, accordingly, they wait to launch a media push, they end up with products on shelves, possibly for months, while they wait until distribution pans out.

For the study, Catalina looked at the 50 top-selling food and beverage products identified in the latest IRI New Product Pacesetter report. Products had to complete their first 12 months of sales last year. Catalina says it analyzed the behavior of some 45 million consistent shoppers across 11,000 U.S. stores, a subset of Catalina’s total U.S. network. A consistent shopper was defined as someone that shops at least two times every eight weeks for seven consecutive eight-week periods.