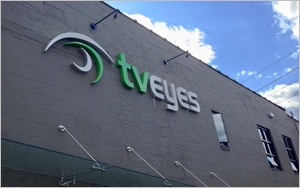 Handing television monitoring company TVEyes a partial defeat, a federal judge ruled on Tuesday that fair use principles don't allow the service to offer downloads of clips from news programs.

But U.S. District Court Judge Alvin Hellerstein in Manhattan also said in Tuesday's ruling that other components of the company's service -- including a feature that allows users to archive clips for later viewing -- are protected by fair use.

The ruling stemmed from a 2013 copyright infringement lawsuit filed by Fox News Network against TVEyes, a $500-a-month television monitoring service that enables subscribers to search for television programs by keywords, view snippets and download and share clips.

Hellerstein said on Tuesday that the company's downloading feature "goes well beyond TVEyes' transformative services of searching and indexing."

Hellerstein added: "TVEyes claims that downloading is 'absolutely critical' because it allows for offline use, but very few remaining locations in the United States lack internet connectivity by modem, broadband, or wireless access."

The judge issued a more mixed ruling about TVEyes' emailing functions, which enable users to send other people links to clips. He generally endorsed the concept that subscribers should be able to send clips, but also said there was "substantial potential for abuse."

Other TV news broadcasters, including CNN, CBS and NBCUniversal, sided with Fox in the battle. “This case is not just about Fox News,” the TV news networks said in a friend-of-the-court brief filed in June. “It affects all creators and publishers of broadcast and digital content ... who depend on licensing deals and advertising sales to support their continuing ability to provide high-quality news and entertainment content.”

TVEyes also drew outside support from a coalition including Victor Navasky, The Nation's former editor and publisher, The Nation columnist Eric Alterman, media company Brave New Films and media-watch group Fairness and Accuracy in Reporting. They argued that media critics require the ability to download and share clips.

“If ... Eric Alterman wants to review ten hours of Fox News footage for a presentation at a media conference while on a flight from New York to Tokyo, he would need to download clips in order to study them during the flight to further the transformative purpose of developing and presenting media criticism,” the groups wrote.