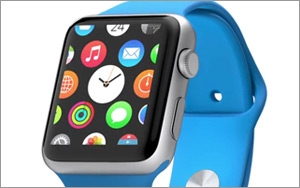 After reaching a peak level of interest earlier this year, consumers are becoming steadily less enamored of wearable technology in general (and fitness technology specifically).

According to a new report from Argus Insights that evaluated more than 300,000 product reviews, demand for wearables reached a peak in January 2015 (when it was four times higher than in January 2014), but has since dropped significantly.

The market, which includes numerous products including smartwatches, glasses, fitness bands and other sensor-enabled devices, is in a unique position where consumers are losing interest in fitness products (which all tend to do the same things), yet they’re failing to see a purpose for smart watches that justifies their expense.

“[Sales] are still growing year-to-year, but interest is sliding,” John Feland, CEO and founder of Argus Insights, tells Marketing Daily. “The fitness band market hasn’t figured out what it can do beyond counting steps, and smart watches aren’t advanced enough yet.”

Though fitness-band category leader Fitbit to gain mindshare with consumers (even weathering competing buzz from Apple Watch’s launch last year), consumer delight (measured from the volume and content of consumer reviews) is dropping. According to the report, consumers use their fitness devices for a few months before putting them aside, Feland says.

“They’re like a smaller, less-expensive treadmill that you use for a few months and then hang your [laundry] on,” Feland says. “They need to stumble on a way to make people wear them on a regular basis. Maybe they need to find a way to use advertising to drive revenue, or make some use of the fitness currency beyond the water cooler.”

Meanwhile, delight is increasing for the Apple Watch and other smart watches. But the products’ consumer base is still largely limited to early adopters. Mass consumers, Feland says, have yet to be shown the killer app that makes the device necessary.

“It has become more of a coordination device, rather than a consumption or creation device,” Feland says. “The second Apple Watch will tell us a lot about where the market is headed.”