Newsstand Sales Tumble In First Half Of 2015 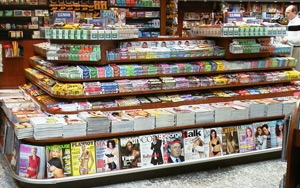 The long-term decline in magazine newsstand sales continued in the first half of 2015, according to the latest figures from MagNet, which tracks U.S. and Canadian magazine sales through figures from wholesalers and retail chains.

MagNet cautioned that the figures should be treated with some caution, as comparisons may be less accurate due to the closure of Source Interlink last year and the lack of figures from Barnes & Noble, forcing it to rely on estimates in both cases.

But the overall downward trend is clear.

On that note MagNet pointed to certain self-reinforcing negative dynamics in the marketplace, most notably many retailers’ decision to cut back on the amount of space and prominence they allocate to newsstand displays.

For the full year, MagNet forecasts total newsstand sales of around $2.5 billion, around half of the figure for 2007.