Google Loses Appeal Over 'Right To Be Forgotten' Expansion 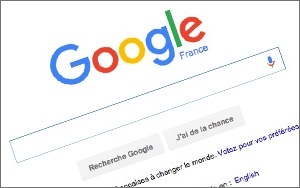 France's data protection regulator has rejected Google's appeal of an order requiring the company to broaden the "right to be forgotten" by censoring search results worldwide.

"Since the informal appeal has been rejected, the company must now comply with the formal notice," Isabelle Falque-Pierrotin, the president of the French CNIL (the country's data protection office), said in a written ruling released on Monday.

If Google refuses to comply, the CNIL can seek sanctions against the company. Google could then appeal to a court in France, according to The Guardian.

Google hasn't yet responded to the ruling, but global privacy counsel Peter Fleischer previously said that no single country should be able to control the information available worldwide.

The CNIL president rejected that argument on Monday, arguing that Google's country-by-country implementation of the right to be forgotten could allow that right to "be easily circumvented."

"In order to find the delisted result, it would be sufficient to search on another extension (e.g. searching in France using google.com)," the president wrote.

Monday's ruling marks the latest development in a long-brewing privacy battle between Google and EU officials. In May of 2014, the highest court in Europe ruled that Google and other search engines must allow residents of European countries to delete links to certain embarrassing information about themselves from search results.

The ruling grants EU residents the right to ask Google to remove links to news articles, social media posts, and other material, but doesn't require Google to automatically delist the material. Instead, Google is tasked with weighing people's rights to privacy against the public interest in the information

The European court's ruling only affects search engines, and not the original source of the information. In some cases, Google has removed links to old news articles, but the original pieces are still available on sites like BBC.com and TheGuardian.com.

In June, the CNIL told Google to remove links from all of its results pages -- including Google.com in the U.S. -- and not just pages geared for European countries, like Google.fr.

The French authorities gave Google 15 days to comply or face the possibility of a $340,000 fine.

When Google appealed that ruling, the company pointed out that around 97% of French Web users access a European version of Google's search engine.