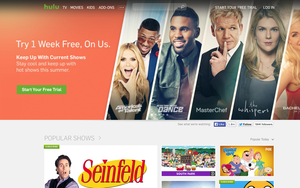 Hulu's recent announcement that it will move into programmatic buying for the first time, making some of its premium digital video inventory available this fall, is further evidence of Madison Ave.’s push to decouple audiences from content.

With Hulu -- one of the premier digital video content providers on the Web -- buying into that notion, one of the larger domino pieces has now fallen.

An earlier version of this post appeared on Real-Time Daily.