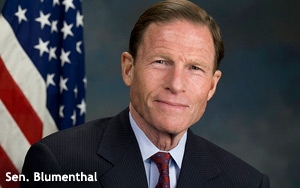 Experian's recent data breach, which may have exposed the social security numbers of millions of T-Mobile customers, shows the need for a new data breach bill, a group of lawmakers said on Wednesday.

The lawmakers' letter comes in response to news that hackers acquired data including the names, addresses, birthdates and social security numbers for 15 million T-Mobile customers. The social security numbers were encoded, but the encryption may have been compromised, according to T-Mobile. "Obviously I am incredibly angry about this data breach and we will institute a thorough review of our relationship with Experian," Legere wrote in a message posted on T-Mobile's site.

Lawmakers currently are considering several versions of data-breach bills. One of the measures, the Consumer Privacy Protection Act, which is backed by Blumenthal, would require companies to notify consumers within 30 days if hackers obtain “sensitive” information -- including photos, geolocation data and medical information.

That bill, unlike some of the other measures under consideration, doesn't trump tougher state laws.

The Direct Marketing Association has said it supports a national data breach bill, but wants federal lawmakers to also preempt all state legislation.