CSPI Sues FDA For Failure To Act On Regulating Salt 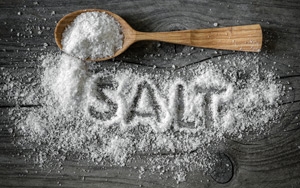 The Center for Science in the Public Interest has filed a lawsuit against the Food and Drug Administration for its failure to act on CSPI's decade-old petition asking the agency to regulate salt content in food.

In the suit, filed in U.S. District Court for the District of Columbia, CSPI charges that the FDA has been "dragging its feet" on sodium regulation for more than 35 years, and that its failure to reduce sodium in packaged and other foods is contributing to tens of thousands of premature deaths annually due to stroke, heart disease and other health problems.

The average American's consumption of salt is now 3,650 milligrams per day, which, says CSPI, proves that voluntary food and restaurant industry efforts to reduce sodium have been inadequate. Federal dietary guidelines recommend no more than 2,300 milligrams per day, or 1,500 for some at-risk groups.

The nonprofit nutrition consumer advocate group has been pursuing the sodium issue since 1978, when it asked the FDA to revoke salt's "generally recognized as safe," or GRAS, status, treat sodium as a food additive, and require food manufacturers to reduce sodium content over time. CSPI first sued the agency over the issue in 1983, and again in 2005.

In 2007, the FDA published a Federal Register notice, convened a public hearing and opened a comment period on CSPI's petition. CSPI's complaint charges that the agency's failure to act since then violates the Administrative Procedure Act, which requires federal agencies to approve or deny petitions in a timely manner. "It is our hope that the court will tell the Obama administration that it is breaking the law and causing needless deaths and medical expenses by stalling on salt," CSPI president Michael F. Jacobson said in a release announcing the suit.

In 2011, after the Institute of Medicine urged the FDA to modify sodium's GRAS status and reduce the recommended maximum daily consumption level to 1,500 milligrams, the FDA opened a docket to request comments and information, but it has not issued any recommendations.

An FDA spokesperson told FoodNavigator that the agency is still committed to "developing draft voluntary guidelines for sodium reduction in various foods," but isn't stating when such guidelines might be released. She also said that the FDA will "continue to consider the citizen [CSPI] petition as it develops its sodium reduction strategies," which are focused on "encourag[ing] industry to gradually lower sodium" in foods so that consumers "will have more options available to them."

1 comment about "CSPI Sues FDA For Failure To Act On Regulating Salt".
Check to receive email when comments are posted.
Next story loading