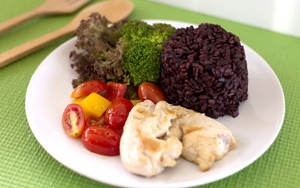 The trend to "clean" eating isn't necessarily all bad news for packaged and processed foods.

In fact, it presents substantial opportunity for companies that understand how consumers define clean eating and develop products and strategies that integrate this growing movement, according to a report from The NPD Group based on a survey of more than 5,000 consumers.

About two-thirds of primary grocery shoppers in the U.S. report that they are interested in pursuing clean eating, and two-thirds of 18- to 24-year-olds indicate such interest.

In addition, 58% of primary grocery shoppers, as well as 93% of consumers who describe themselves as "clean eaters," agree that it's important for food and beverage items to be clean.

What does "clean" mean? Clean eaters tend to focus on what's absent from foods and beverages rather than what's present in them, saying that foods without chemicals, preservatives, additives and pesticides are most important to them.

Committed clean eaters, who tend to be female and relatively young, currently account for just 5% of primary grocery shoppers. But 80% refer to their eating habits as a lifestyle rather than a diet or fad, and half say that they've been eating clean for more than a year.

Together, these findings suggest that clean eating is a sustainable lifestyle capable of growth in the coming decades, say NPD's analysts. "There's lots of potential for clean eating to really take off among U.S. consumers," they write.

Furthermore, 61% of primary grocery shoppers believe that packaged foods are acceptable when eating clean, and 44% say that some processing is also acceptable.

So while clean eating may seem discouraging from a product development standpoint, mainstream food and beverage manufacturers could be the right group to take the lead in making it easier for consumers to enjoy the benefits of clean eating, say the analysts — who advise these companies to start planning their targeting strategies now.

"The good news is that packaged goods can still fit the bill with these consumers and attract them to the center of the store," summed up NPD food and beverage industry analyst Darren Seifer.