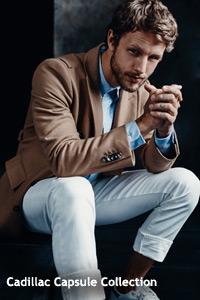 Can a legacy brand be disruptive? Sure, lots of brands are doing it, from Harley to Arby’s. Can Cadillac? The automaker has been building a strategy behind it since the headquarters moved away from General Motors to New York.

Duncan James, EVP and global head of the Cadillac account at Dentsu Aegis, helped set the tone on Monday at MediaPost’s first-ever Marketing:Automotive conference. The kickoff panel was moderated by former Jaguar marketer Jeff Curry, founder of Mere Mortals, a corporate transformation firm. That was appropriate, since the panel kept a tight orbit around the idea of transformation, both of corporate philosophy around what luxury represents, and how a brand with a long history can act like an upstart.

In one respect, all of the brands represented at the conference are rethinking how to retrofit their brands to navigate a world more and more defined by new companies capsizing the old models. James said Cadillac has been at pains to redefine itself, partly by avoiding the reflex to benchmark against other luxury auto brands. He pointed out that, to put it simplistically, it's an Uber-versus-GM, an Airbnb-versus-Marriott world. “In todays’ world you are either a startup or turnaround,” he said. The key is “outwitting luxury.” For example, Cadillac looks at brands like Louis Vuitton and Christian Dior, because regardless of the products’ intrinsic value, their appeal is emotional, not logical. Consumers buy the brands on emotion, “and then they post-rationalize that decision.” He says that the ultimate acknowledgment of success for Cadillac would be that its vehicles move out of dealerships without discounts.

Cadillac is taking the fashion connection pretty literally. The brand partnered with Gilt around a curated Cadillac Capsule Collection, styled by designer and fashion maven Nick Wooster, available exclusively on Gilt. The products go high end, starting at $59 and going up to $2,000.

Because of the speed of change, James said, good ideas are perpetually scarce, and have never been more needed. “Today ideas need to come from hyper-connected people who share a philosophy, who collaborate fast, quickly and are highly creative, and have that trust — people willing to say ‘yes.’ How do you get things done at speed of culture?” He offered an aphorism that should probably be carved into marketers' desktops: you have to try to build a world that consumers can't even fathom exists.

How do you bring that brand idea to other markets in other countries where cultural differences are fundamental, nullifying the value of a good idea for, say, the U.S.? Do you give away the brand to the local agency? The dangers are evinced by more than a few campaigns. “There needs to be consistency,” he said. “You can't let countries and consumers co-opt your brand. For Cadillac, we went through a long exercise. One struggle was that Cadillac is an American brand, and that isn't popular in some markets. Even so, there are attributes that play really, really well: passion and optimism, without wrapping it in the American flag.”

1 comment about "Cadillac Adopts A 'Disruption' Strategy".
Check to receive email when comments are posted.
Next story loading