Except For Gen Y, Expect A Yogi Berra Black Friday 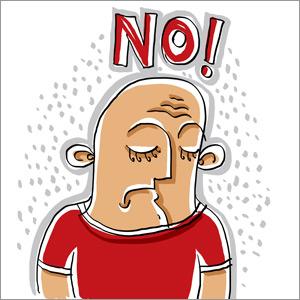 Remember the old Yogi Berra line “Nobody goes there anymore, it's too crowded?” Expect to hear it kicked around a lot in the next week, as retailers wrestle with America’s growing love/hate relationship with the biggest shopping weekend of the year.

The National Retail Federation predicts that while there will be a slight decline in the number of people shopping this Thanksgiving weekend, more are expected to shop — either online or in physical stores — on Black Friday itself, with 73.5% of its respondents saying they'll buy something that day, up from 68.2% last year. But numerous other surveys are detecting a rising disenchantment, with once-devoted shoppers blowing off the Black Friday entirely, or at least regarding it as less significant.

Research from retail consultancy WSL Strategic Retail says that just 29% of its survey, based on 712 women, intend to shop that day. Some 73% say sales aren’t as good as they used to be, and 78% say it’s because Black Friday actually begins weeks before the Thanksgiving Day weekend. “If you want a TV, you can get a great price on one two weeks before Black Friday, or two weeks after,” says Candace Corlett, president. “People know that. The sales have all been diluted.”

One ginormous exception, she tells Marketing Daily, are Millennials, who love Black Friday, with 58% saying it’s the best day of the year for good deals, and 63% saying they intend to buy things for themselves. And for all segments, digital will be critical, with 33% of women expecting to buy between 50 and 75% of their items online over the entire season, and 71% of Millennial women shopping online on Black Friday.

But beyond that growing “We don't need no stinkin’ doorbusters” sentiment, crowds are also a major turnoff.

The NPD Group took a closer look at why holiday shopping makes people want to scream, and found 22% of people say they hate the experience so much that they plan to do all their shopping online. The No. 1 turnoff is the mob scene. Gen X has the most vehement objections, with 41% of the 35- to 44-year-old group saying crowds are the worst.

Lines are the second-biggest gripe overall, but the No. 1 annoyance of Gen Y women. (A sub-peeve, if you will, is carrying stuff, especially holding shopping bags and coats while they wait on line. Women are 1.5 times more likely than men to find this loathsome.)

The third thing shoppers hate most about holiday crowds? Other shoppers. About 11% of those in the NPD survey say other people’s attitude zaps their holiday joy.