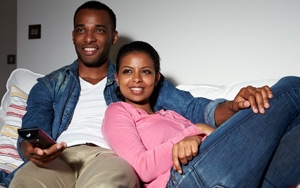 A new TV consumer survey says the desired average price for a pay TV cable package comes to just over $40 a month -- for around 20 channels.

Over 76% of those surveyed would like the ability to pick and choose channels for their own custom pay TV package. Digitalsmiths notes that this has declined nearly 3% from the same quarter a year ago — and down almost 5% from the first quarter.

The survey says that currently, 83% regularly watch between one and 10 channels.

With regard to the key cord-cutting question, the survey says of the respondents who answered “I do not have a pay TV provider” -- 19.3% cut cable in the last 12 months. Of these, 45.1% use an antenna to access basic TV channels. There was an 11.8% quarter-over-quarter increase in those who use an over-the-air antenna to view TV.

Looking at the bigger picture, 92% of those did not switch their pay TV providers, with 8% making changes. Going forward, 53.5% will not be making any changes in the next six months, with 31.8% saying “maybe.”

Just over 7% say they plan to change pay TV providers, while nearly 5% plan to cut their pay TV providers entirely and just under 3% are planning to switch to an online app or rental service.

Digitalsmiths' third-quarter survey was drawn from 3,153 U.S. and Canadian consumers 18 years and older. The study comes from a third-party service, which wasn’t disclosed.