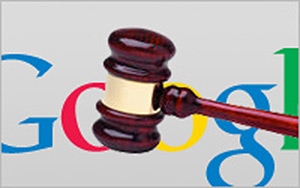 Siding with Google, a federal appellate court has refused to revive a lawsuit by a locksmith owner who blamed the search company for a decline in his business.

Baldino's Lock & Key Service, a locksmith based in Lorton, Virginia, argued that Google wrongly displayed listings for hundreds of unlicensed locksmiths, in order to collect ad revenue from them. The locksmith sued Google in 2014, alleging that the search company violated racketeering laws as well as false advertising laws by "publishing the names of illegally operating locksmiths."

Owner Mark Baldino says he lost more than $8 million in business since 2008, according to The New York Times.

Baldino also took issue with search results that went beyond mere links, but also showed businesses' locations on a map, pictures and reviews. He alleged Google's platform was "aiding and abetting a fraud" by "creating a picture of legitimacy for an illegal and fraudulent listing."

U.S. District Court Judge Claude Hilton in the Eastern District of Virginia dismissed the lawsuit in January, ruling that Google wasn't responsible for any misrepresentations in its search results. "The unlicensed and illegal locksmiths are the advertisers that made representations," Hilton wrote.

Baldino appealed to the 4th Circuit Court of Appeals, which upheld Hilton's ruling. "The locksmiths who generated the information ... are solely responsible for making any faulty or misleading representations or descriptions of fact," an appellate panel wrote.