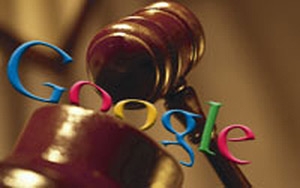 Google will ask the U.S. Supreme Court to review a decision granting class-action status to pay-per-click marketers who are suing the company for placing their ads on "low quality" sites.

The search company revealed its plans on Monday, when it filed papers asking the 9th Circuit Court of Appeals to stay its recent decision allowing the marketers to proceed as a class. Google argues that it's entitled to a stay on the grounds that the Supreme Court is "reasonably likely" to side with the company.

Google's battle with the marketers centers on the company's "parked domains" and "errors" programs, which often serve ads on sites that aren't fully developed, and on typo sites that people visit accidentally.

Several pay-per-click marketers -- including law firm Pulaski & Middleman and retailer RK West -- alleged in a 2009 lawsuit that ads on Google's AdSense for Domains and AdSense for Errors programs result in fewer purchases than ads on Google's search results pages. The marketers, who are seeking restitution, also claimed that ads on parked domains could damage their reputations.

In 2012, U.S. District Court Judge Edward Davila in the Northern District of California rejected the marketers' bid for class-action status. Davila ruled that a class-action would be inappropriate on the grounds that calculating restitution would require individualized determinations.

A three-judge panel of the 9th Circuit reversed that decision in September, ruling that the marketers had presented legitimate proposals for determining restitution on a class-wide basis. The appellate judges appeared to endorse at least one methodology -- the "Smart Pricing" approach, which sets the amount of restitution as "the difference between the amount the advertiser actually paid and the amount paid reduced by the Smart Pricing discount ratio."

Google then unsuccessfully asked the appellate court to re-hear the case, reiterating the argument that restitution can't be determined on a class-wide basis. The company says that many advertisers -- including RK West -- "achieve higher conversion rates on parked domains and error pages than on the Smart Pricing benchmarks."

The U.S. Chamber of Commerce backed Google's request. The business organization argued in a friend-of-the-court brief that the panel's decision "will only perpetuate abuses of class action litigation, unjustifiably raise the cost of doing business in a wide variety of industries, and burden the American economy."

Last week, the 9th Circuit denied Google's request to reconsider the ruling. The court said in a one-page order that none of the judges on the 9th Circuit wanted to vote on Google's application.