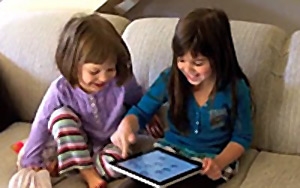 Two app developers have agreed to settle charges with the Federal Trade Commission for allegedly allowing ad networks to collect data from children in order to serve them targeted ads.

Retro Dreamer and LAI Systems will pay a combined $360,000 in civil penalties, and have promised to comply with children's privacy rules in the future, the FTC announced on Thursday.

COPPA prohibits companies from collecting "personally identifiable" information from children under 13 without their parents' permission. The FTC recently broadened the definition of personally identifiable information to include data used by ad networks to create behavioral profiles, including persistent cookies and mobile device identifiers. The definition also now includes IP addresses, geolocation data and photos of children.

The complaints didn't specify the nature of the persistent identifiers used by the ad networks. Neither developer was accused of transmitting children's names, email addresses or other data that ad companies traditionally considered "personally identifiable information."

Retro Dreamer, which offers gaming apps like "Ice Cream Jump" and "Sneezies," will pay $300,000. LAI Systems, which operates apps like "My Cake Shop," and "My Pizza Shop,"

Greg Boyd, a Frankfurt Kurnit Klein & Selz partner who represents interactive entertainment companies, says the FTC's move shows that it is particularly concerned about privacy. "It's an extension of their commitment to privacy and data security," he says.

The same day that the FTC announced the actions against the developer, the agency also said it fined LifeLock $100 million for failing to take reasonable security measures to protect consumers' personal information.

Marc Roth, a partner at Manatt, Phelps & Phillips and former FTC staff attorney, says the cases against Retro Dreamer and LAI Systems are probably the first of many enforcement actions relating to behavioral targeting of children. He adds that the new enforcement actions should serve as a "wake-up call" for developers of children's apps who track users.

"The FTC is getting aggressive in its enforcement of COPPA," he adds.