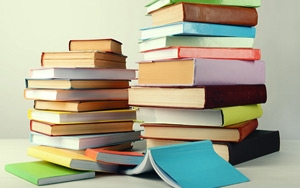 The Authors Guild is seeking to take its long-running fight with Google about its book digitization project to the U.S. Supreme Court.

"This case represents an unprecedented judicial expansion of the fair-use doctrine that threatens copyright protection in the digital age," the Authors Guild says in a petition filed with the Supreme Court on New Year's Eve.

The writers' organization is asking the Supreme Court to review an appellate court's recent finding that Google's book-scanning initiative is protected by fair use principles.

“Google copied books illegally -- without permission, and because it could,” Mary Rasenberger, executive director of the Authors Guild, said in a statement. “Its actions cannot be justified after the fact just because Google Books uses the books to provide a research service in addition to the many other uses it has made for profit.”

Google's battle with the Authors Guild dates to 2005, when the organization alleged that the search company infringed copyright by digitizing millions of library books in order to make their contents searchable. The Authors Guild said Google didn't have the right to make copies of books under copyright, without the owners' permission.

The 2nd Circuit Court of Appeals ruled in October that Google's book project was "transformative," and therefore protected by fair use principles. "The purpose of Google’s copying of the original copyrighted books is to make available significant information about those books," that court said in its ruling.

The Authors Guild now argues that the appellate ruling is incorrect for several reasons, including that it reflects policy decisions that should be made by Congress.

"Ultimately, this case is about whether classic infringing behavior -- copying for profit -- should be excused by courts based upon the perceived social benefit of ignoring creators’ exclusive rights," the Authors Guild says.

But, the Authors Guild adds, that decision shouldn't be made by judges. "If Congress believes Google’s actions are socially beneficial, it can enact a statutory licensing scheme. But the Second Circuit may not fundamentally alter copyright laws in order to immunize copyright infringement on a massive scale -- just because it believes it to be useful," the association argues.

The writers organization also contends that the ruling "will turn loose countless others to build their own databases by making verbatim copies of copyrighted works, whether they be books, movies, or music, with or without the kinds of security that Google says it provides."