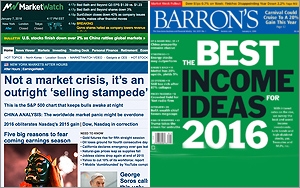 Dow Jones has created a new publishing unit, Dow Jones Media Group. The unit will combine existing brands, like the magazine Barron's and Web sites MarketWatch and Mansion Global. It will not include The Wall Street Journal.

Almar Latour has left his position as executive editor for the WSJ to take on the role of publisher of Dow Jones Media Group. Latour will report to Katie Vanneck-Smith, chief customer officer and global managing director of Dow Jones.

Latour told Publishers Daily that each brand will stay separate under Dow Jones Media Group, which will given them the attention and “intense focus… that these brands have not had yet.”

Latour also said the dedication of the media group to these Dow Jones brands will provide the opportunity for “a real deep commitment to digital and new media.”

According to an internal memo from Dow Jones CEO Will Lewis, leaving The Wall Street Journal out of the media group is part of a move to provide "autonomy” for the brands and their new products, Lewis stated.

Lewis added that the unit seeks to launch new products and “assume an increased role in video and will lead on collaboration projects with News Corp.” Latour said video is “definitely one of our priorities” and that specific initiatives will be announced soon.

Lewis also stated in the memo that the new publishing group will focus on consumer and business brands outside of the WSJ. The group will also include Financial News and Newsmart.

The aim of the publishing unit is to “replicate the successful Barron’s formula,” he added.

Latour said the media group will continue to build on existing brands’ current advertisers. “The hope is that as we develop we will attract more advertisers for each of these properties,” he told Publishers Daily.

Lewis announced several other changes to Dow Jones in the memo, including additional appointments within other segments of the company, "renewed and dedicated focus" on the WSJ and a weekly meeting of the Dow Jones executive leadership team.