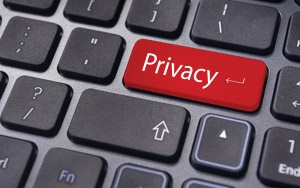 Yahoo has agreed to add new language to its privacy policy in order to settle a class-action lawsuit alleging that it wrongly scans email messages for advertising purposes, according to court papers filed on Thursday.

The proposed settlement also requires the company to make some technical changes to the way it scans emails, but doesn't require Yahoo to stop surrounding emails with ads. The agreement also doesn't call for Yahoo to pay monetary damages to Web users whose privacy allegedly was violated, but provides for payments of up to $4 million to the attorneys who brought the case.

If accepted by U.S. District Court Judge Lucy Koh in the Northern District of California, the deal will resolve a lawsuit filed in 2013 by a group of Web users who said Yahoo violates a California privacy law by scanning messages without people's consent.

California requires that all parties -- senders as well as recipients -- consent to the interception of electronic communications. Yahoo's terms of service provided that the company analyzes email in order to display ads, but the people who are suing alleged that they didn't have Yahoo email accounts, and therefore never agreed to the company's terms of service.

Yahoo lost a key battle in the case in 2014, when Koh rejected the company's bid to dismiss the case.

As part of the settlement, Yahoo says it will add the following paragraph to its Privacy Center page: “Yahoo analyzes and stores all communications content, including email content from incoming and outgoing mail.”

The engineering changes that Yahoo promised to make appear to relate solely on Yahoo's technical operations. The court papers say that the company will now retrieve incoming email from the servers only after Yahoo Mail users can access the emails in their inboxes. Outgoing emails will only be retrieved from servers when the messages are accessible by Yahoo Mail users.

Google is facing a similar lawsuit, filed last September by San Francisco resident Daniel Matera. That case is pending in front of Koh.